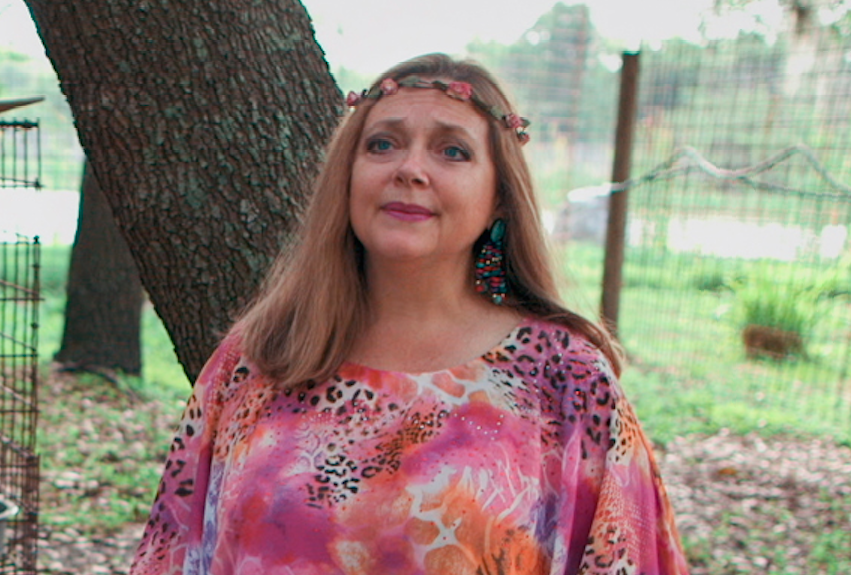 We explore Carole Baskin’s personality type, best personality matches, zodiac sign and Enneagram type. Carole Baskin is an American animal rights activist and CEO of Big Cat Rescue, a non-profit animal sanctuary based in Florida. She has brought attention to the plight of captive big cats to local, national, and international media outlets. Carole drew public attention when she was featured in the 2020 Netflix true crime documentary series ‘Tiger King’, which follows Baskin’s escalating feud with Joe Exotic. Joe is currently serving a 22 year prison sentence after being charge with conspiracy to murder Carole. Following the release of the series, Carole received abuse online due to the accusation that she was involved in the disappearance of her second husband.

Which personality type is Carole Baskin?

Carole Baskin is an ENFJ personality type. She is diplomatic and people-oriented. Typically ENFJs are motivated by a desire to have a positive impact on the world and the lives of people around them. Carole can be inspiring and charismatic, radiating a unique positivity that draws people to her. She cares deeply about supporting others and will go out of her way to help those in need.

However, Carole can be self-centred, vain and is overly concerned with her image and reputation. ENFJs have exceptional social skills which are usually used for good, but these skills can be dangerous when in the wrong hands, which is the case with Carole. She may have fabricated stories to fit a narrative that she wants to portray to the world, despite it not being aligned with reality.

Carole Baskin is an unhealthy Gemini zodiac sign. Gemini belongs to the Air element of astrology, along with Aquarius and Libra. The symbol of Gemini is the twins, which represents a dual-natured personality.

As a Gemini zodiac sign, Carole is curious and loves to learn about others. With a certain charm, Carole is capable of convincing people to take her side and see things from her perspective. Carole has a warm and friendly nature which is a result of her genuine interest in people.

Which Enneagram type is Carole Baskin?

Carole Baskin is an Enneagram Three personality type with a Four wing. Enneagram Threes belong to the heart centre, along with Twos and Fours, and they naturally make decisions based on their emotions. She greatly values connections with others and mutual support. In addition, Carole likes to feel appreciated and recognition is key to her happiness.

As an Enneagram Three, Carole is focused on other people. However, Carole takes these traits to the extreme and is overly concerned about how she is perceived. Unhealthy Enneagram Threes can be untrustworthy, which can be seen with Carole. She constantly compares herself to others and is jealous of other people’s success.

“Hey all you cool cats and kittens! . . It’s Carole from Big Cat Rescue.”

“You can see how they go from being so sweet to tearing your face off, just like that, and it’s amazing to have that range.”

“I really appreciate the fact that none of these people like me.”

Find your perfect personality match Join So Syncd
“Matching people using personality types is such a simple and powerful concept. So Syncd helped us find love, even in this difficult time. You’ve really changed our lives. In fact, we’re now married! Thank you.”