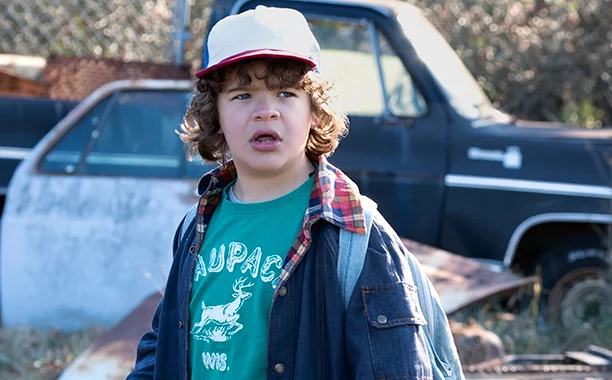 Dustin Henderson’s friend, Will Byers, went missing in 1983, so Dustin and the rest of his friends, Mike and Lucas, went out to look for him. On their journey, they found a mysterious girl named Eleven who had telekinetic powers. Dustin had a neutral opinion of Eleven at first, but he became good friends with her after she saved him and Mike from being killed by their school bullies.

Dustin would continue to help his friends and fight against a Demogorgon, and he was eventually reunited with Will.

Which personality type is Dustin Henderson?

Dustin Henderson is an ENTP personality type. He is intelligent and actively seeks other people’s opinions on various topics, particularly those he is passionate about.

ENTPs live for healthy debates and there’s nothing they love more than someone showing them a completely new point of view, as long as it makes logical sense to them. Being in the spotlight suits Dustin well because he loves sharing his views with the world.

Dustin has a thirst for knowledge and is a natural at thinking outside the box. However, ENTPs much prefer tapping into their creativity to come up with solutions rather than working out how they will be implemented in reality.

With his quick wit and fearlessness, Dustin can switch on the charm and work a room. ENTPs tend to place little value on tradition or rules unless they think they exist for a good reason.

As an ENTP personality type, Dustin Henderson’s best matches are INFJ and INTJ.

Dustin Henderson is probably a Sagittarius zodiac sign, which belongs to the Fire element of astrology, along with Aries and Leo. The symbol of Sagittarius is an archer pointing his bow to the sky, which represents freedom and liberation.

As a Sagittarius zodiac sign, Dustin has a great sense of humor. He tends to enjoy social gatherings and enjoys being in the spotlight.

Fun and engaging, there’s never a dull moment when Dustin is around and this is typical of people of the Sagittarius zodiac sign.

Which Enneagram type is Dustin Henderson?

Dustin Henderson is an Enneagram Seven personality type with a Six wing. Enneagram Sevens belong to the head centre, along with Fives and Sixes, and they naturally make decisions based on analysis.

Dustin seeks to understand before he proceeds. Enneagram Sevens value connecting with others on an intellectual level and they like to feel in control.

As an Enneagram Seven, Dustin Henderson is versatile, curious and optimistic. He has an enthusiastic and forward-looking approach to life.

Enneagram Sevens are often generalists who have a variety of skills. It’s clear that Dustin is resilient and able to overcome challenges. Fun-loving and lively, Dustin tends to bounce from project to project.

“Why are you keeping this curiosity door locked?”

“Don’t you think it’s time you move on from primitive constructs such as popularity?”