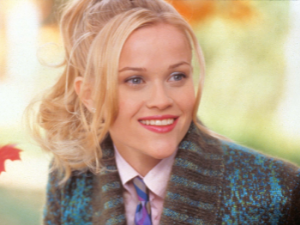 We explore Elle Woods’ personality type, best personality matches, zodiac sign and Enneagram type. Elle Woods is a fictional character from Legally Blonde who is a bubbly and attractive sorority girl from California. Before attending Harvard Law School, Woods was a fashion merchandiser and the girlfriend of Warner Huntington III. Warner and Elle broke up after Warner stated that he needed to marry someone more serious if he was going to become a senator. Woods becomes determined to get into Harvard to win him back. Once at Harvard, Woods learns that Warner has a new fiancée, Vivian Kensington. While at Harvard, Woods is able to exonerate a sorority sister, move on from Warner and fall in love with fellow lawyer Emmett.

Which personality type is Elle Woods?

Elle Woods is an ENFJ personality type. Thoughtful and idealistic, she strives to support people and help them reach their potential. Typically ENFJs go above and beyond for friends, family and those in need. Elle Woods is a natural born leader, which she showcases with her ability to lead her fellow law school students. Her passion and charisma allow her to inspire others in a number of ways.

Elle is vocal about her values and when she believes that something is unjust, she will let it be known. However, ENFJs are rarely seen as aggressive because their exceptional social skills enable them to make their point in a sensitive but firm manner. Elle is clearly good at reading a room and empathetic. She has a kind yet assertive aura which is typical of ENFJs.

Elle Woods is a Gemini zodiac sign, which belongs to the Air element of astrology, along with Aquarius and Libra. The symbol of Gemini is the twins, which represents a dual-natured personality.

As a Gemini zodiac sign, Elle is curious and loves to learn about others. With a certain charm, Elle is capable of convincing people to take her side and see things from her perspective. She has a warm and friendly nature which is a result of her genuine interest in people.

Which Enneagram type is Elle Woods?

Elle Woods is an Enneagram Three personality type with a Two wing. Enneagram Threes belong to the heart centre, along with Twos and Fours, and they naturally make decisions based on their emotions. She greatly values connections with others and mutual support. In addition, Elle likes to feel appreciated and recognition is key to her happiness.

As an Enneagram Three, Elle is goal-oriented, successful and practical. She is action-oriented and isn’t afraid to take the initiative. Elle has many achievements, which is typical of people of the Enneagram Three personality type. Skilled at reading a room, Elle naturally adapts to different social situations.

“Whoever said orange is the new pink was seriously disturbed.”

“I’m Elle Woods and this is Bruiser Woods and we’re both Gemini vegetarians.”