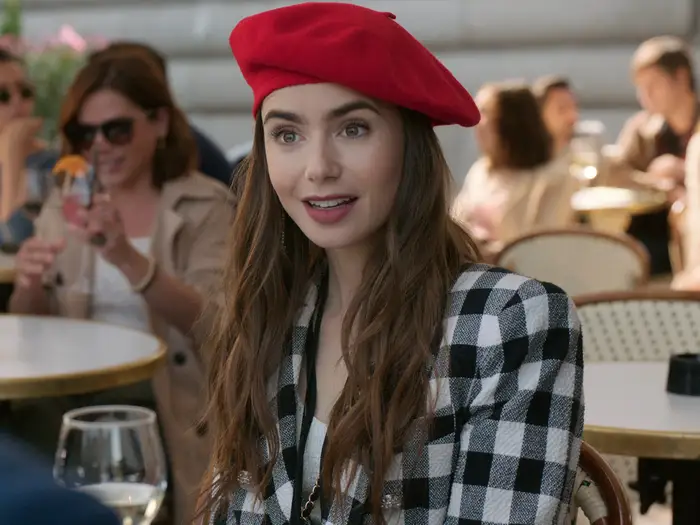 We explore Emily Cooper’s personality type, best personality matches, zodiac sign and Enneagram type. Emily Cooper is a fictional character from the TV series Emily in Paris. Emily Cooper is an ambitious marketing executive from Chicago in her 20s, who moved to Paris for her new job after her company, Gilbert Group, bought a French marketing company. Emily’s job is to advise on social media strategy from an American perspective for their clients. She jets off to Paris for a year with dreams of what the city will be like. She initially has difficulty adjusting, from the way they count their floors in France to the language she doesn’t know.

Which personality type is Emily Cooper?

Emily Cooper is an ESFJ personality type. She has a lot of friends and some might describe her as a social butterfly. Friendly and welcoming, she thrives in situations involving people and ESFJs are typically the ultimate hosts. As an ESFJ, she is skilled at reading body language and people of this personality type often adjust their behaviour to suit different situations.

Emily is realistic and practical. Discussing the meaning of life until the early hours of the morning holds little appeal to people of the ESFJ personality type. Instead, they prefer to think about things that have real world applications. Emily is stylish and makes an effort with her appearance which is typical of ESFJs. Routine-oriented, she seeks structure in all areas of her life and values stability.

Emily Cooper is probably a Libra zodiac sign, which belongs to the Air element of astrology, along with Aquarius and Gemini. The symbol of Libra is the scales, which represents a balanced approach to life.

As a Libra zodiac sign, Emily is highly social. Libras are one of the zodiac signs that most love being with friends and meeting new people. Companionship is clearly important to Emily and she is certainly outgoing, which is a typical trait of Libras.

Which Enneagram type is Emily Cooper?

Emily Cooper is an Enneagram Three personality type with a Two wing. Enneagram Threes belong to the heart centre, along with Twos and Fours, and they naturally make decisions based on their emotions. She greatly values connections with others and mutual support. In addition, Emily likes to feel appreciated and recognition is key to her happiness.

As an Enneagram Three, Emily is ambitious, charming and enthusiastic. She is goal-oriented and she certainly isn’t afraid to take the initiative. Emily has accomplished great things in the world, which is typical of people of the Enneagram Three personality type. Exceptionally skilled when it comes to reading people, Emily naturally adapts to different social situations.

“I like Paris, but I’m not really sure Paris likes me.”