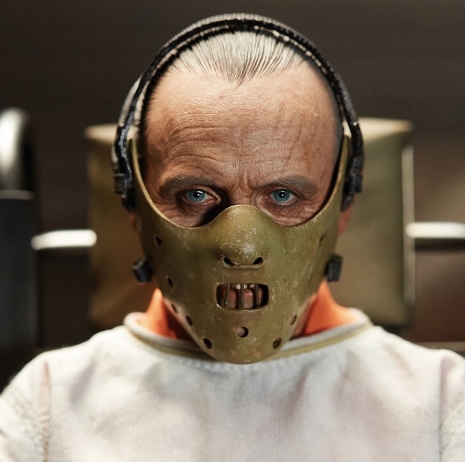 We explore Hannibal Lecter’s personality type, best personality matches, zodiac sign and Enneagram type. Doctor Hannibal Lecter M.D. is a fictional character from the Hannibal Lecter series. He is a Lithuanian-American serial killer, notorious for consuming his victims, earning him the nickname “Hannibal the Cannibal”. Orphaned at a young age, Lecter moved to the United States of America, becoming a successful psychiatrist. He was eventually caught by Will Graham, who later consulted him for advice on capturing the “Tooth Fairy”. He escaped incarceration whilst assisting Clarice Starling in capturing “Buffalo Bill”. Lecter used wordplay and subtle clues to help Clarice and played a perverse game of “quid pro quo”, sharing what he knew of Buffalo Bill in exchange for details of her childhood.

Which personality type is Hannibal Lecter?

Hannibal Lecter is an unhealthy INTJ personality type. He is convinced that he is right and is closed-minded to other points of view, no matter how they are presented to him. Carrying a certain arrogance, it’s clear that he thinks he is better than everyone else. Hannibal gets completely caught up in his own visions, to a dangerous extent, and he refuses to consider other future paths.

Hannibal is cold and uncaring. He lacks empathy and kindness, only thinking about his own wellbeing. As an unhealthy INTJ, it’s likely that he struggles to deal with his own emotions and this won’t help matters. Hannibal is tough on people and is dismissive of those who outwardly express their emotions, writing them off as weak and illogical. Plus, he can have passive aggressive tendencies.

As an INTJ personality type, Hannibal Lecter’s best matches are ENFP and ENTP. On So Syncd, these personality matches are considered ‘golden pairs’ because they have just the right amount of similarities to understand each other and just the right amount of differences to create that spark. Read our blog post to learn more about INTJ compatibility.

Hannibal Lecter is an Aquarius zodiac sign. Aquarius belongs to the Air element of astrology, along with Gemini and Libra. The symbol of Aquarius is the water bearer, which represents the pure intentions that they bring to the world.

As an Aquarius zodiac sign, Hannibal is a critical thinker with a sharp mind. However, he can get frustrated when people aren’t as quick on their feet or don’t present a logical argument. People of the Aquarius zodiac sign can lack patience when they see someone as unintelligent.

Which Enneagram type is Hannibal Lecter?

Hannibal Lecter is an unhealthy Enneagram Five personality type with a Four wing. Enneagram Fives belong to the head centre, along with Sixes and Sevens, and they naturally make decisions based on analysis. Hannibal seeks to understand before he proceeds. Enneagram Fives value connecting with others on an intellectual level and they like to feel in control.

As an Enneagram Five, Hannibal is in inventive and curious about how things work. However, he focuses his energy on dark topics, such as cannibalism, and becomes obsessed with esoteric ideas. Unhealthy Enneagram Fives are known for having unrealistic visions and isolating themselves which leads them to become detached from the world.

” I tell you things, you tell me things.”

“I’m having an old friend for dinner.”