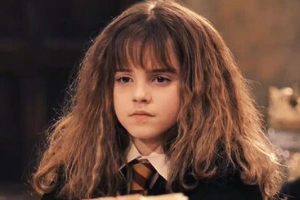 She is a Muggle-born witch who attended Hogwarts School of Witchcraft and Wizardry, where she was sorted into Gryffindor House. She has a brilliant academic mind and proved to be a gifted student.

Hermione, alongside Ron Weasley, decided not to return to Hogwarts for her final year of studies, instead choosing to accompany Harry on his quest to find and destroy Lord Voldemort’s Horcruxes.

She destroyed one of the Horcruxes, Hufflepuff’s Cup, and fought in the Battle of Hogwarts, helping in the defeat of Bellatrix Lestrange.

Which personality type is Hermione Granger?

Hermione Granger is an ISTJ personality type. She is logical, practical and exceptionally dedicated. Loyal and reliable, she’s the kind of person you can count on to show up when she says he will.

ISTJs tend to be traditional, which you can see with Hermione. She is respectful of rules and values organisations where there is a clear hierarchy. Structure and routine are important to people of this personality type.

Hermione is goal-oriented and focused. However, as an introvert, she isn’t brash about her successes and she has an understated manner. With a laser-like focus, ISTJs prefer putting their heads down and working rather than sitting around chatting.

Hermione is independent and takes a logical approach to life, carefully analyzing the facts in great detail before making decisions. As an ISTJ, Hermione values honesty and loyalty.

As an ISTJ personality type, Hermione Granger’s best matches are ESFP and ESTP.

Hermione Granger is a Virgo zodiac sign, which belongs to the Earth element of astrology, along with Taurus and Capricorn. The symbol of Virgo is the virgin, which represents purity.

As a Virgo zodiac sign, Hermione knows that hard work pays off. She isn’t afraid to throw herself right into a project, no matter what it takes. Loyal by nature, Hermione is dutiful and reliable. People of the Virgo zodiac sign always take their responsibilities seriously.

Which Enneagram type is Hermione Granger?

Hermione Granger is an Enneagram One personality type with a Two wing. Enneagram Ones belong to the body centre, along with Eights and Nines, and they naturally make decisions based on gut instinct.

Hermione likes to feel in control, particularly of her physical environment. For Enneagram Ones, freedom and independence are important.

As an Enneagram One, Hermione is principled, ethical and strives for perfection. She places a lot of emphasis on following the rules.

People of the Enneagram One personality type often have a clear goal that they are working towards. Self-controlled and careful, Hermione has high standards in all areas of her life.

“Who cares? I mean, it’s sort of exciting, isn’t it, breaking the rules.”

“Now if you two don’t mind, I’m going to bed before either one of you come up with another clever idea to get us killed – or worse, expelled.”