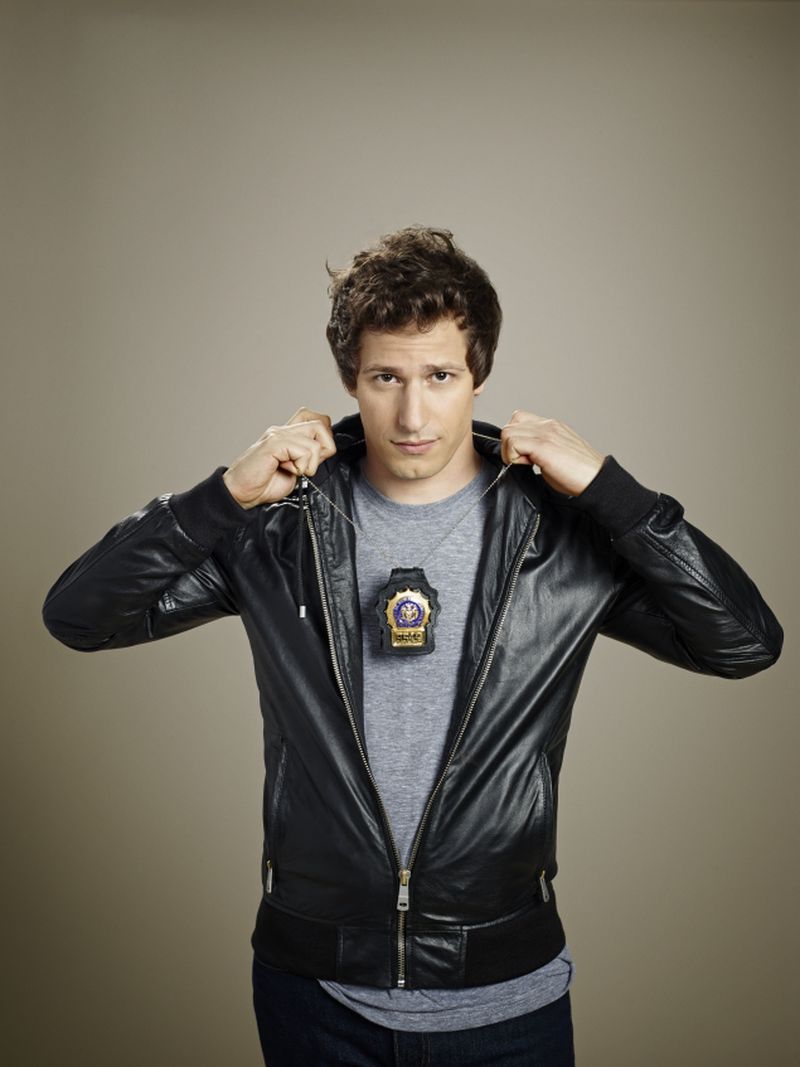 Jake Peralta is cocky and immature, but a very talented NYPD detective stationed in Brooklyn’s 99th Precinct. Terry Jeffords described Jake as “my best detective. He likes putting away bad guys and solving puzzles. The only puzzle he hasn’t solved is how to grow up.”

Even though Jake is a cop, he has never been one to follow the rules too closely. Perhaps because he has the best arrest record among his colleagues, he’s been indulged throughout his entire career.

Jake falls in love with fellow cop Amy Santiago and the two eventually marry and have a baby.

Which personality type is Jake Peralta?

Jake Peralta is an ENFP personality type. He is a true free spirit. With his enthusiastic approach to life, Jake has a magnetic presence and people enjoy being in his company.

Even though he might seem light-hearted and fun, he has a deeper side and lives for meaningful connections with other people. Typically ENFPs need a reasonable amount of alone time, despite being extroverts.

Typically, when something sparks the interest of an ENFP, they throw themselves into it headfirst.

With his rich inner world, deep sense of passion and natural curiosity, Jake is exceptionally dedicated when he wants to be. But he can struggle with self-discipline and sometimes loses steam on projects once the initial spark has passed.

Jake, an ENFP, and Amy, an ISTJ, are the exact opposite personality types.

As an ENFP personality type, Jake Peralta’s best matches are INTJ and INFJ.

Jake Peralta is a Gemini zodiac sign, which belongs to the Air element of astrology, along with Aquarius and Libra. The symbol of Gemini is the twins, which represents a dual-natured personality.

As a Gemini zodiac sign, Jake is enthusiastic and social. He’s the life and soul of the party.

Typically Geminis always have interesting stories to tell and you’re unlikely to end up having boring conversations with people of this zodiac sign. Jake appears to be comfortable talking to people he doesn’t know well.

Which Enneagram type is Jake Peralta?

Jake Peralta is an Enneagram Seven personality type with a Six wing. Enneagram Sevens belong to the head center, along with Fives and Sixes, and they naturally make decisions based on analysis.

Jake seeks to understand before he proceeds. Enneagram Sevens value connecting with others on an intellectual level and they like to feel in control.

As an Enneagram Seven, Jake is versatile, curious and optimistic. He has an enthusiastic and forward-looking approach to life.

Enneagram Sevens are often generalists who have a variety of skills. It’s clear that Jake is resilient and able to overcome challenges. Fun-loving and lively, Jake tends to bounce from project to project.

“We’ve busted murderers; we’ve taken down cartels. But today we face the worst New York has to offer- The Fire Department.”

“The doctor said all my bleeding was internal. That’s where the blood’s supposed to be.”