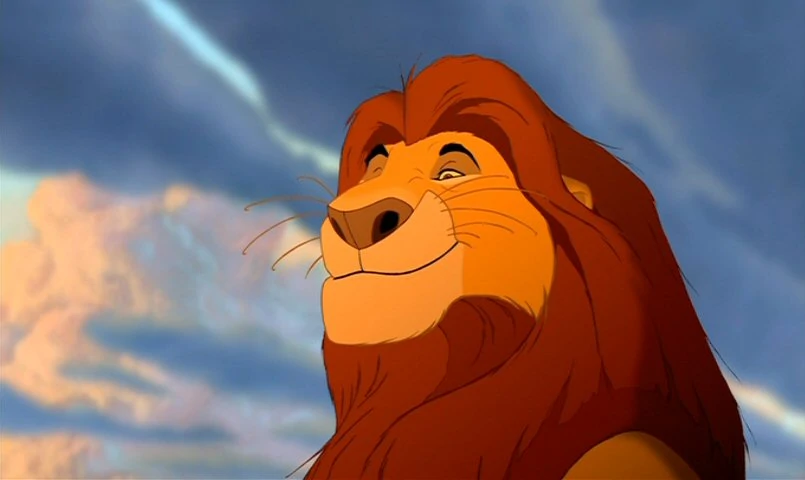 Mufasa was the king of the Pride Lands alongside his queen Sarab, and together they had Simba. Mufasa has a majordomo and royal advisor, Zazu the hornbill, who later advises Simba.

Despite his majestic exterior, Mufasa is kind-hearted and playful, showing respect for all the creatures, even those who are perceived as lower than himself.

In the midst of his reign, Mufasa was killed by his envious brother, Scar, in an effort to steal the throne. Despite his death, Mufasa endures in the memories of his loved ones. His spirit manifests in clouds, stars, and sunlight, which has occasionally appeared to guide his descendants.

Which personality type is Mufasa?

Mufasa was an ENFJ personality type. He was diplomatic and people-oriented. Typically ENFJs are motivated by a desire to have a positive impact on the world and the lives of people around them.

Mufasa was inspiring and charismatic, radiating a unique positivity that drew people to him. He cared deeply about supporting others and would go out of his way to help those in need.

Even when Mufasa disagreed with someone, he handled the situation with a certain elegance. He was an exceptional communicator which came in useful when expressing thoughts and values.

As an ENFJ, he was deeply passionate about certain causes and takes action to bring positive change. He also has a unique ability to bring enthusiasm and positivity to a group.

What are Mufasa’s best personality matches?

As an ENFJ personality type, Mufasa’s best matches are INTP and INFP.

Mufasa was probably a Leo zodiac sign, which belongs to the Fire element of astrology, along with Aries and Sagittarius. The symbol of Leo is a lion, which represents leadership.

As a Leo zodiac sign, Mufasa was incredibly generous. He had a kind, caring nature and a magnetic charm. People of the Leo zodiac sign are typically very giving in terms of their advice, time and money. Mufasa valued friendships and spending time with family.

Which Enneagram type is Mufasa?

Mufasa was an Enneagram One personality type with a Two wing. Enneagram Ones belong to the body centre, along with Eights and Nines, and they naturally make decisions based on gut instinct.

Mufasa liked to feel in control, particularly of his physical environment. For Enneagram Ones, freedom and independence are important.

As an Enneagram One, Mufasa was wise, realistic and inspiring. He had strong values that were important to him. People of the Enneagram One personality type often have a goal that involves something higher than themselves. Self-controlled and diligent, Mufasa aimed for excellence in all areas of his life.

“Everything the light touches is yours.”

“I’m only brave when I have to be. Simba, being brave doesn’t mean you go looking for trouble.”

“You have forgotten who you are and so have forgotten me. Look inside yourself Simba. You are more than what you have become. You must take your place in the Circle of life.”