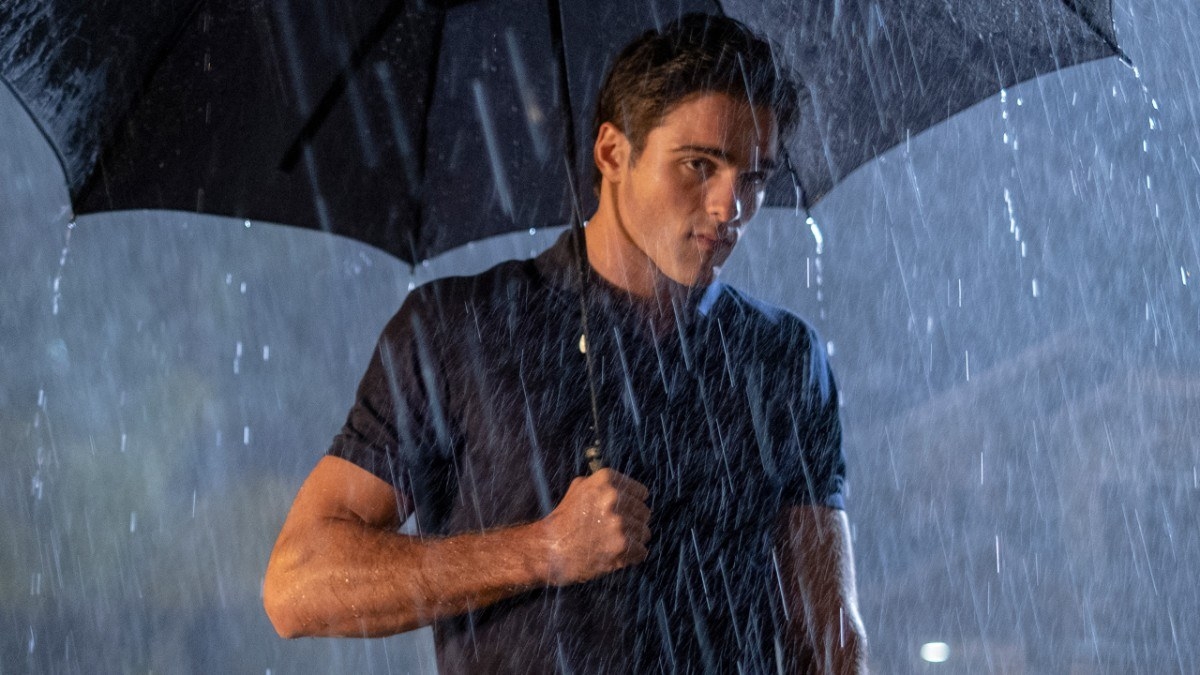 Nate is a popular student and the star quarterback However, he has a deeply ingrained sense of violent behavior. This is partly due to the strained relationship he has with his father, Cal Jacobs.

He uses his good looks, social status, and anger to mask his emotions and has a strained on-and-off relationship with Maddy Perez. In moments of deep rage, he is shown to be violent, cruel, and destructive.

Nate would often take his anger out on Maddy, at one point severely bruising her neck. Despite being aware, on some level, they are toxic for each other, they continually break up and get back together.

In Season 2, Nate starts getting with Cassie Howard, who is Maddy’s best friend.

Which personality type is Nate Jacobs?

Nate Jacobs is an unhealthy ENTJ personality type. He is determined to get what he wants and will step over anyone who gets in his way. Healthy ENTJs aim to achieve their goals in an ethical way, but for unhealthy ENTJs, morals go out of the window.

Nate is controlling and bossy, using people as pawns with no regard for them as humans or their emotions.

Nate is manipulative and forces people to listen to his opinions. Healthy ENTJs are able to read a room, but as an unhealthy ENTJ, Nate lacks self-awareness.

He is domineering and aggressive, particularly when he is violent towards Maddy and Tyler. Nate is unforgiving and dismisses emotions, be it his own or other people’s. Lacking tact, he is overly direct, often upsetting those he comes into contact with.

As an ENTJ personality type, Nate Jacobs’ best matches are INFP and INTP.

Nate Jacobs is an unhealthy Scorpio zodiac sign. Scorpio belongs to the Water element of astrology, along with Pisces and Cancer. The symbol of Scorpio is a scorpion, which represents intensity.

As a Scorpio zodiac sign, Nate is full of passion and embraces challenges in all areas of his life. This fire can be taken to the extreme though and he can become angry or hostile when he doesn’t get what he wants. People of the Scorpio zodiac sign can also be manipulative, which can defiantly be seen with Nate.

Which Enneagram type is Nate Jacobs?

Nate Jacobs is an unhealthy Enneagram Eight personality type with a Seven wing. Enneagram Eights belong to the body centre, along with Nines and Ones, and they naturally make decisions based on gut instinct.

Nate likes to feel in control, particularly of his physical environment. For Enneagram Eights, freedom and independence are important.

As an Enneagram Eight, Nate is bold, direct and assertive. However, he takes these traits to the extreme and comes across as domineering. Unhealthy Enneagram Eights tend to be confrontational for the sake of it, as well as purposefully intimidating. Nate has a ruthless streak and a strong desire for complete control.

“I know over the years you’ve lost some brain cells.”

“You’re So Broken You Don’t Even Trust Yourself”

“And everywhere you go, for the rest of your life, you’ll be harassed, and spat at, and treated like an animal. You deserve better than that. ‘Cause I know you. You’re kind. You’re smart. You’re generous. You got a big heart. You deserve whatever the f*** it is in this world that you want. So keep your head down. Keep your mouth shut. Don’t try to ruin my life, and I won’t have to ruin yours.“