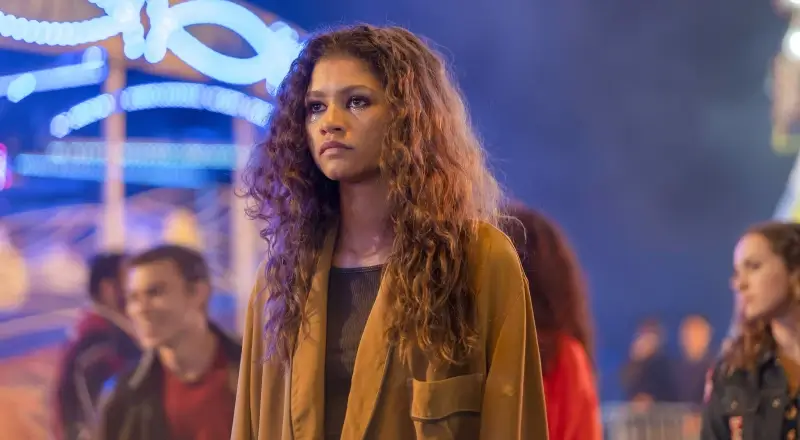 Rue Bennett is a 17-year-old recovering drug addict struggling to find her place in the world. Fresh out of rehab, she has no intention of staying clean and tries to make sense of what the future holds — until she meets Jules Vaughn, the eclectic, intriguing new girl in town.

Although Rue puts on a front of being apathetic and cool-headed, beneath the surface she is shown to be deeply emotional and caring, which is brought out in her relationships with Jules, Fezco, and her younger sister Gia.

Rue struggles to heal from the loss of her father.

Which personality type is Rue Bennett?

Rue Bennett is an ISTP personality type. She is practical and loves to build things. Flexible and easy-going, Rue values her freedom and there’s nothing she hates more than the feeling of being tied down or controlled.

She approaches everything in life from a logical perspective. ISTPs typically find the realm of emotions very overwhelming given their irrational nature, which caused Rue to relapse.

Rue is naturally private and she shares very little about her personal life. She is reserved, but at the same time she has an unpredictable side which can surprise people.

No one would deny that Rue has a rebellious streak and she certainly isn’t afraid to push the boundaries. People of the ISTP personality type are ‘doers’ and they aren’t the kind of person to engage in long discussions about the meaning of life.

As an ISTP personality type, Rue Bennett’s best matches are ESFJ and ESTJ.

Rue Bennett is a Virgo zodiac sign, which belongs to the Earth element of astrology, along with Taurus and Capricorn. The symbol of Virgo is the virgin, which represents purity.

As a Virgo zodiac sign, Rue likes to logically consider different options before deciding on which is the best route to take. Typically, Virgos dislike sharing their emotions with others unless they are close to someone and they feel a deep sense of trust. It can be hard to tell what Rue is feeling.

Which Enneagram type is Rue Bennett?

Rue Bennett is an Enneagram Nine personality type with an Eight wing. Enneagram Nines belong to the body centre, along with Eights and Ones, and they naturally make decisions based on gut instinct.

Rue likes to feel in control, particularly of her physical environment. For Enneagram Nines, freedom and independence are important.

As an Enneagram Nine, Rue is humble, receptive and supportive. She places a strong emphasis on maintaining harmony and peace.

Enneagram Nines are known for being adaptable and are often described as easy-going. Friendly and steady, Rue has a zen-like presence that others find calming.

“I just showed up one day without a map or a compass.”

“I mean, I’m all good with drugs until guns start coming out.”

“Every time I feel good, I think it will last forever… but it doesn’t.”