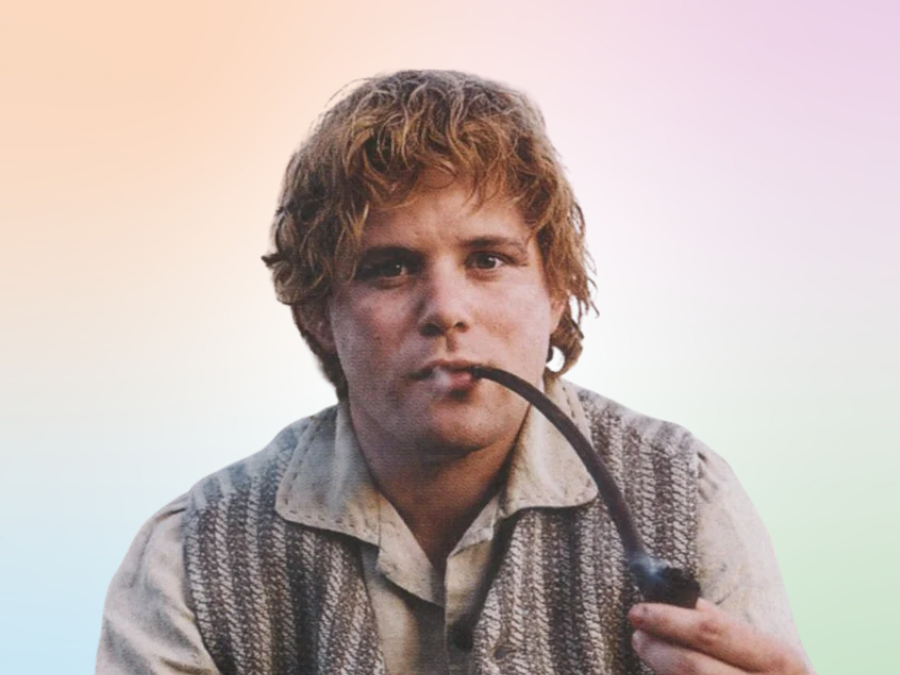 Samwise Gamgee is a fictional character from the movie The Lord of the Rings. Samwise Gamgee was a hobbit of the Shire. He was Frodo Baggins‘ gardener and best friend.

Sam proved himself to be Frodo’s closest and most dependable companion. He was the most loyal of the Fellowship of the Ring and played a critical role in protecting Frodo and destroying the One Ring.

After destroying the ring, Sam and Frodo were healed of their wounds by Aragorn. Once they awoke, Gandalf led Sam and Frodo to the Field of Cormallen, where they were met by a large crowd, who praised the hobbits for their heroism and sacrifice.

Which personality type is Samwise Gamgee?

Samwise Gamgee is an ISFJ personality type. Reliable and loyal, you can always count on Samwise to keep his word. As an ISFJ, Samwise is detail-oriented, to the point of being a perfectionist.

In addition, he is highly practical and has a down-to-earth attitude. ISFJs have exceptional memories for detail and they are observant of what’s going on around them.

Samwise is a sociable introvert which is typical for people of the ISFJ personality type. He is sensitive and kind, always thinking about others, particularly those who he cares about and those in need.

As an ISFJ personality type, Samwise Gamgee’s best matches are ESTP and ESFP.

Samwise Gamgee is an Aries zodiac sign, which belongs to the Fire element of astrology, along with Leo and Sagittarius. The symbol of Aries is the ram, which represents an ability to always rise to the challenge.

As an Aries zodiac sign, Samwise is determined in everything that he does. Whether it’s work, an exercise routine or a relationship, people of the Aries zodiac sign are committed to achieving their goals. As a result, Samwise never gives up, no matter how long it takes.

Which Enneagram type is Samwise Gamgee?

Samwise Gamgee is an Enneagram Six personality type with a Five wing. Enneagram Sixes belong to the head centre, along with Fives and Sevens, and they naturally make decisions based on analysis.

Samwise seeks to understand before he proceeds. Enneagram Sixes value connecting with others on an intellectual level and they like to feel in control.

As an Enneagram Six, Samwise is engaging, observant and responsible. He is able to anticipate problems that might occur far into the future.

Enneagram Sixes are one of the most loyal personality types. Trustworthy and devoted, Samwise fights for causes he feels strongly about and always defends loved ones when they are in need of support.

“That there’s some good in this world, Mr Frodo… and it’s worth fighting for.”

“But in the end, it’s only a passing thing, this shadow. Even darkness must pass. A new day will come. And when the sun shines it will shine out the clearer.”