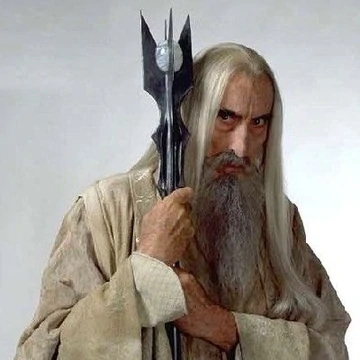 We explore Saruman’s personality type, best personality matches, zodiac sign and Enneagram type. Saruman, also known as Saruman the White was a fictional character in Lord of the Rings series. He was the first of the order of Istar, who came to Middle-earth as Emissaries of the Valar in the Third Age. He also was the leader of the wizards and of the White Council that opposed Sauron. However, his extensive studies of dark magic, eventually led him to desire the One Ring. While coveting the Ring, Saruman kept the pretence of allegiance to the Enemy. But his plans came to naught, and his power was broken in the Battle of the Hornburg and the Battle of Isengard.

Which personality type was Saruman?

Saruman was an unhealthy INTJ personality type. He was convinced that he was right and was closed-minded to other points of view, no matter how they were presented to him. Carrying a certain arrogance, it’s clear that he thought he was better than everyone else. Saruman got completely caught up in his own visions, to a dangerous extent, and he refused to consider other future paths.

Saruman was cold and uncaring. He lacked empathy and kindness, only thinking about his own wellbeing. As an unhealthy INTJ, it’s likely that he struggled to deal with his own emotions. Saruman was tough on people and dismissive of others who outwardly express their emotions, writing them off as weak and illogical.

What were Saruman‘s best personality matches?

Saruman was probably an unhealthy Scorpio zodiac sign. Scorpio belongs to the Water element of astrology, along with Pisces and Cancer. The symbol of Scorpio is a scorpion, which represents intensity.

As a Scorpio zodiac sign, Saruman was full of passion and embraced challenges in all areas of his life. This fire could be taken to the extreme though and he could become angry or hostile when he didn’t get what he wanted. People of the Scorpio zodiac sign can also be manipulative.

Which Enneagram type is Saruman?

Saruman is an unhealthy Enneagram Five personality type with a Six wing. Enneagram Fives belong to the head centre, along with Sixes and Sevens, and they naturally make decisions based on analysis. Saruman looked to understand before he proceeded. Enneagram Fives value connecting with others on an intellectual level and they like to feel in control.

As an Enneagram Five, Saruman is in inventive and curious about how things work. However, he focused his energy on dark topics, such as the One Ring, and become obsessed with esoteric ideas. Unhealthy Enneagram Fives are known for having unrealistic visions and isolating themselves which leads them to become detached from the world.

“Always you must meddle, looking for trouble where none exists.”

“Who now has the strength to stand against the armies of Isengard … and Mordor?”