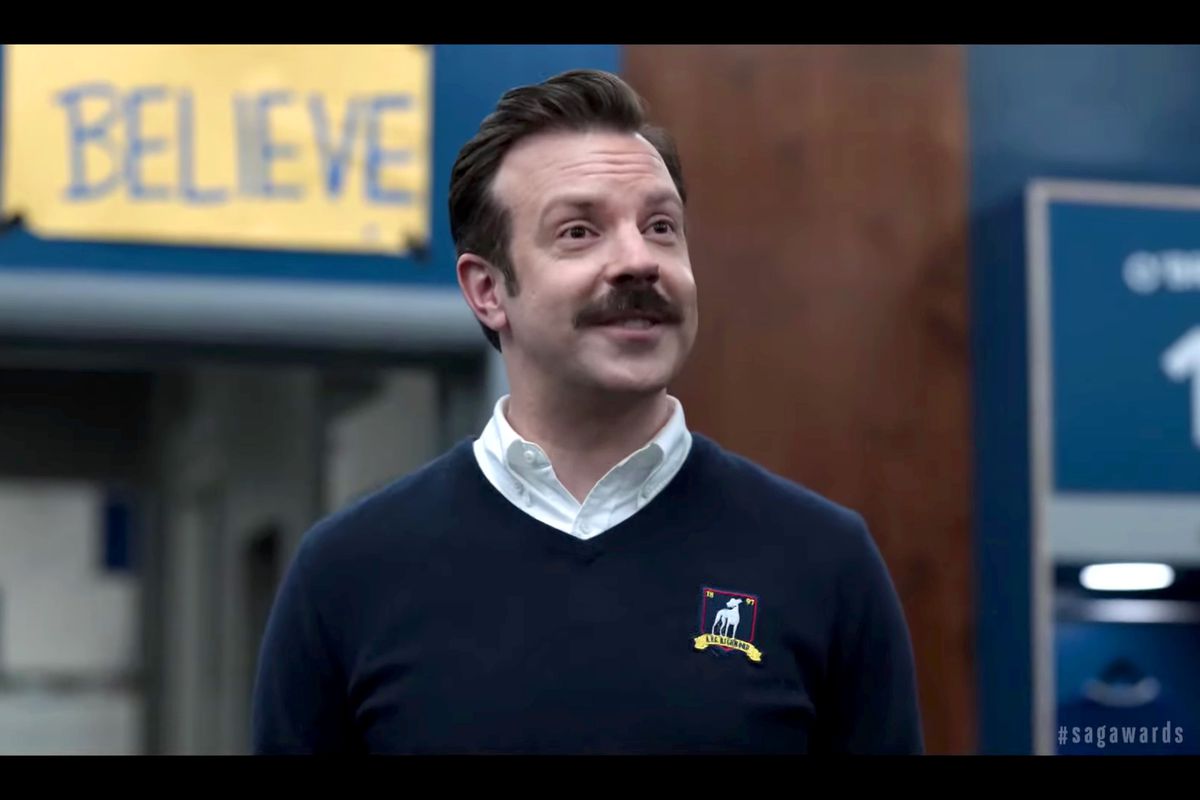 We explore Ted Lasso’s personality type, best personality matches, zodiac sign and Enneagram type. Ted Lasso is a fictional character from the TV series Ted Lasso. He is a coach plucked from an obscure, college-level American football team in Kansas to coach in the Premier League in England. Ted had never watched soccer before and had never stepped foot in the UK before receiving this job. His main goals for the clubs and teams he coaches fall within the ambitions of the somewhat controversial “Ted Lasso Way”. That is, he primarily seeks to help the players grow both on and off the pitch and aims to inspire them to grow as people.

Which personality type is Ted Lasso?

Ted Lasso is an ESFJ personality type. He has a wide friendship group and enjoys spending time with his loved ones. Warm and welcoming, he knows how to work a room and has a knack for picking up on social subtleties. As an ESFJ, he cares a lot about providing support to friends and family and is constantly thinking about how his actions might impact other people.

Ted is realistic and grounded. He avoids talking about theoretical concepts when possible. Instead, he is drawn to topics that have practical applications. Ted makes an effort with his appearance which is typical of ESFJs. Dutiful and trustworthy, Ted can always be relied upon to stick to his word. Plus, he is highly organised in all areas of his life.

Ted Lasso is a Libra zodiac sign, which belongs to the Air element of astrology, along with Aquarius and Gemini. The symbol of Libra is the scales, which represents a balanced approach to life.

As a Libra zodiac sign, Ted is a peacemaker. Naturally tactful, he chooses his words carefully and strives to find things in common with people in order to build rapport. With a strong sense of justice, Ted wants to make sure that everyone has a voice and feels heard.

Which Enneagram type is Ted Lasso?

Ted Lasso is an Enneagram Two personality type with a One wing. Enneagram Twos belong to the heart centre, along with Threes and Fours, and they naturally make decisions based on their emotions. Ted greatly values connections with others and mutual support. In addition, Ted likes to feel appreciated and recognition is key to his happiness.

As an Enneagram Two, Ted is generous, empathetic and humble. His friends and family are the key focus on his life. Many find the warm and thoughtful nature of Enneagram Twos magnetic so it’s no wonder that they are often found surrounded by people. Ted Lasso is forgiving and sincere, always looking for the good in others.

“You know what the happiest animal on Earth is? It’s a goldfish. You know why? It’s got a 10-second memory. Be a goldfish, Sam.”

“Look, we are not playing for a tie. Ain’t nobody here gonna kiss their sister…which is an American phrase that I’m now realizing does not exist here, and that’s good, ‘cause it’s creepy, and I hate it myself; I don’t know why I said it.”

“I promise you there is something worse out there than being sad, and that’s being alone and being sad. Ain’t no one in this room alone.”