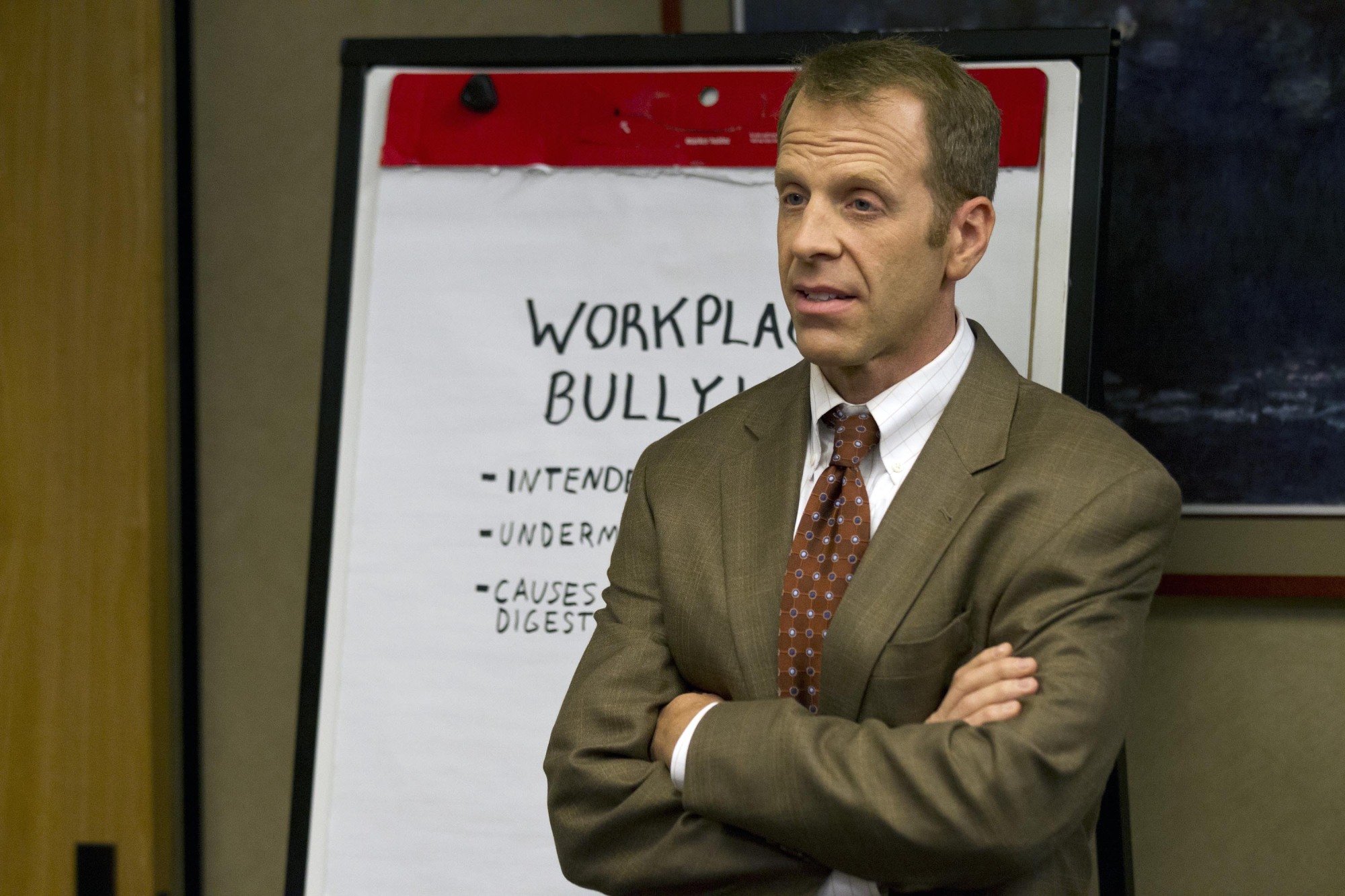 Toby Flenderson was the Human Resources Representative at the Scranton branch of Dunder Mifflin Paper Company. Toby is divorced and has a daughter, Sasha.

Toby is hated by Michael Scott because, as an HR representative, he is always stifling Michael’s inappropriate fun. When Andy is manager, he begins developing a similar hatred for Toby after he shuts down his fraudulent ideas, such as making up a cause to get Nellie fired.

Additionally, when Jim Halpert  is acting manager, he’s annoyed by a simple request from Toby. Toby also had a huge crush on Pam Beesly.

Which personality type is Toby Flenderson?

Toby Flenderson is an ISFJ personality type. Grounded and trustworthy, you can count on Toby to stick to his word.

As an ISFJ, Toby is highly organized and he tends to focus on the details. Responsible and pragmatic, he is highly practical and has a down-to-earth attitude.

ISFJs are exceptionally skilled at reading a room and picking up on other people’s emotional states.

Toby is an introvert but, at the same time, people are a key focus of his life, as highlighted by his career in HR. He is kind and considerate, always thinking about how his actions might impact others.

As an ISFJ he needs meaningful connections to feel his best and he values close friendships. Selfless and caring, Toby can have a hard time saying no to people, which is typical of ISFJs.

As an ISFJ personality type, Toby Flenderson’s best matches are ESTP and ESFP.

Toby Flenderson is a Pisces zodiac sign, which belongs to the Water element of astrology, along with Cancer and Scorpio. The symbol of Pisces is two fish swimming in different directions, which represents complexity.

As a Pisces zodiac sign, Toby is devoted and committed to following through on his word. He is the kind of person who can be trusted and relied on and people of the Pisces zodiac sign make some of the most loyal friends. They tend to also make great colleagues.

Which Enneagram type is Toby Flenderson?

Toby Flenderson is an Enneagram Nine personality type with a One wing. Enneagram Nines belong to the body centre, along with Eights and Ones, and they naturally make decisions based on gut instinct.

Toby likes to feel in control, particularly of his physical environment. For Enneagram Nines, freedom and independence are important.

As an Enneagram Nine, Toby is humble, receptive and trusting. He places a strong emphasis on maintaining harmony and avoiding conflict.

Enneagram Nines are known for being versatile and are often seen as easy-going. Supportive and accepting, Toby has a zen-like presence that others find calming.

“I have six roommates, which are better than friends because they have to give you one month’s notice before they leave.”

“I would start at the beginning, but I think I need to go farther back.”

“Every Halloween I tell him the same thing; you can’t bring weapons into the office, and every year he says the same thing; as soon as I get my weapons back I’m gonna kill you.”