Today we look at 21 fictional ESFJ characters. ESFJs are social butterflies that love organizing events and meeting up with friends. They are skilled at reading people and picking up on social subtleties.

Incredibly loyal, ESFJs love to feel appreciated and needed. They will go above and beyond to support family and friends.

This list of fictional ESFJ characters is full of conflict-averse people-pleasers that are constantly put other people’s needs ahead of their own. For example, Troy Bolton is torn between keeping people happy, particularly his father, and following his own dreams.

You will see that this list of fictional characters is definitely weighted more towards females and they all very much fit the ESFJ stereotype.

ESFJs are charismatic, warm and empathetic. They make the most amazing friends! From Emily Cooper who is constantly trying to win over her colleagues to Woody Pride who wants to be Andy’s favorite toy, ESFJs have a strong desire to be liked by everyone, and they typically are! 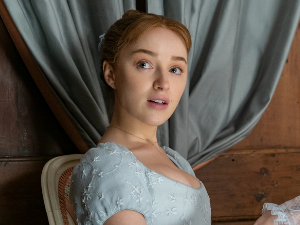 Daphne Bridgerton is an ESFJ. She is driven by her desire for a perfect life as a wife and a mother. She is practical and tends to focus on the details in front of her rather than idealism and the bigger picture. She is sometimes thought of as being similar to Sansa Stark, also an ESFJ. 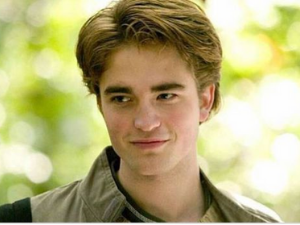 Cedric Diggory was an ESFJ. He was popular, friendly and well-liked in Hogwarts. He had a natural charisma and remained grounded, even when he was the favorite to win the Tri-Wizard tournament. ESFJs typically do the right thing, and Cedric sharing the Tri-Wizard Cup win with Harry Potter was a prime example of this. 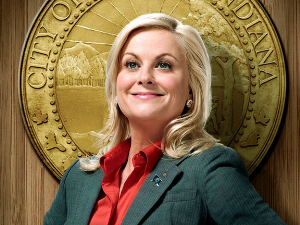 Leslie Knope is an iconic ESFJ fictional character. She is loyal, caring and motivated. She even looks out for strangers that are rude to her and acts in their best interest. She enjoys giving people gifts, even for reasons as small as the holidays. And, in true ESFJ fashion, she is super organized, to a point where she has compartmentalized her life, and ideas, into binders. 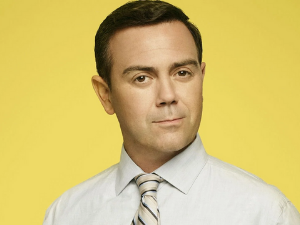 Charles Boyle is a typical ESFJ. He practically says so himself when he declared, “I’m a textbook people-pleaser. I have a serious problem.” He is loyal, kind and detail-oriented. Charles would do anything for Jake and often puts Jake’s needs ahead of his own. 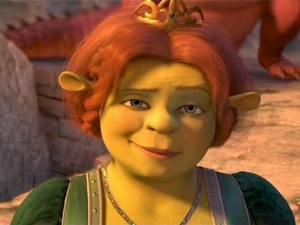 Fiona is an ESFJ. She is a great example of a healthy ESFJ who thrives in the company of other people, had big plans for her future and is extremely caring. Shrek, an ISTP, and Fiona are the perfect personality match. They are the same personality type pairing as me and my boyfriend and I am here for it! 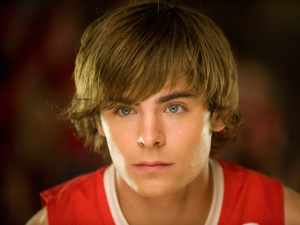 Troy Bolton is an ESFJ. He is charismatic and the most popular boy in East High School. He is a people-pleaser and is conflicted between going after his own dreams versus doing what other people want, especially his father. Intially, he is out of touch with his own emotions and feelings but as time goes on he understands himself more and eventually follows his dreams. 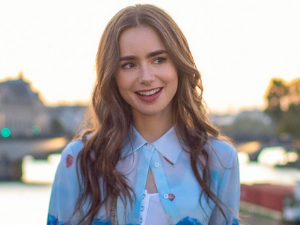 Emily Cooper is an obvious ESFJ character. Emily thrives under pressure and aims to impress her bosses and coworkers in her new job in Paris. She doesn’t take criticism well and puts a lot of emphasis on getting people to like her. Just like an ESFJ, Emily prefers the security of a relationship and remains committed, which is why she continued her long-term relationship even though it had fizzled out. 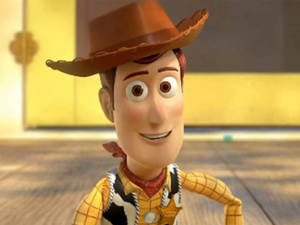 Woody Pride is a stereotypical ESFJ. He loves Andy and has a deep desire to be needed and wanted as a toy. He is charismatic and a natural leader within the toy community. And, in true ESFJ fashion, Woody does not take criticism well. For example, when Andy moves on to a new toy, Buzz Lightyear (ESTP), Woody is extremely unhappy and wants to be number one again. 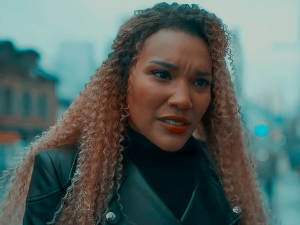 Allison Hargreeves is ESFJ. She uses her ability to influence people in a positive way and avoids using it for personal gain. Her powers, which enable her to manipulate people, are typical of an unhealthy ESFJ. She enjoys being the centre of attention but is also caring and empathetic when it comes to her family. 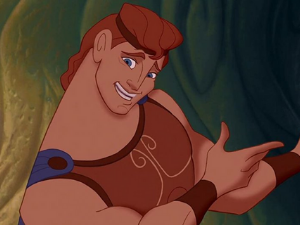 Hercules is an ESFJ. ESFJs have a strong desire to be liked and they care about what other people think, just like Hercules. He is endlessly trying to prove himself and fit in, and when he eventually does, he thrives! He loves the attention and really went from zero to hero. 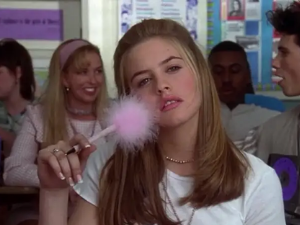 Cher is an ESFJ. She is organized, fashionable and wants to help the underdog. Cher, like a typical ESFJ, enjoys control in her life, whether it’s through her wardrobe, giving Tai a make-over or monitoring her Dad’s food. Josh, her ex-step brother turned boyfriend, an INTP, and Cher are the polar opposite personality types. 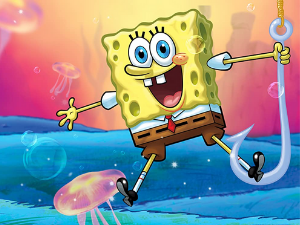 Spongebob Squarepants is an ESFJ. He cares what people think of him and adapts his behavior to ensure they are happy. He loves routine and tradition. Spongebob wakes up at the same time every day, wears the same outfit and goes to work in the same place. This only makes him more motivated and hard working! 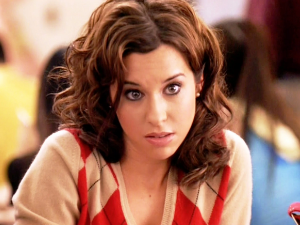 Gretchen Wieners is an ESFJ. This personality type is prone to over-caring about their social status which can affect their decision making. This trait can be said for Gretchen Wieners, who has a deep desire to be popular and like by everyone, and mostly Regina George. 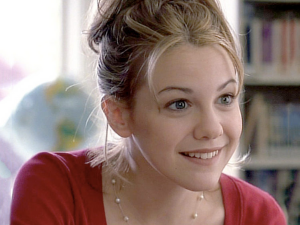 Bianca Stratford (10 Things I Hate About You)

Bianca Stratford is an ESFJ. She is unhealthy in the way she is insecure and cares far too much about what other people think of her. She wants to be with Joey even though she doesn’t really like his personality and she is also quite needy for attention. Plus, she follows the rules, both in school and that her father sets her. 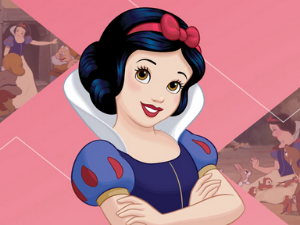 Snow White is an ESFJ. She took on a motherly role with the dwarves and took on the domestic responsibilities within the house. Snow White is happiest when interacting with others, often craving conversation and interaction. She made friends with the animals when she was enslaved by the Evil Queen. 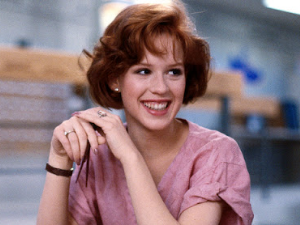 Claire Standish is an ESFJ. She is kind-hearted and tries to keep peace within The Breakfast Club. She wants to help Allison with her confidence by giving her a makeover, She reassures Brian when Brendan is mean and she even covers for Brendan. In true ESFJ style, she tries to help and please people in any way she can. She often goes along with what her friends say, even if she doesn’t necessarily agree with it. 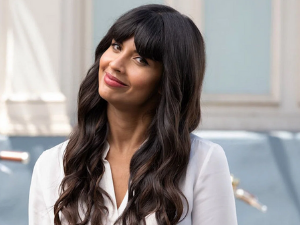 Tahani Al-Jamil is the type of person people think of when they think of ESFJ. She enjoys organizing and planning different events, it’s where she thrives. She cares a lot about what other people think of her and has a desire to be important and needed which can often lead to her acting in irrational ways. 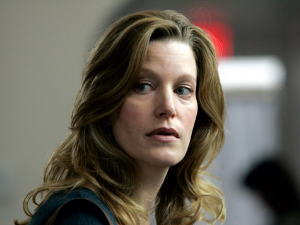 Skyler White is an ESFJ. She is possibly one of the most hated characters of Breaking Bad. This seems slightly unfair considering there are many other characters that are murderers, drug lords and meth makers…and her husband was all three! Skyler is a family woman and always wants to protect them. 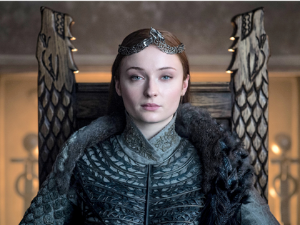 Sansa Stark is an ESFJ. She has always valued traditions and cared about what people thought of her. Even though Jeoffrey was evil, she still wanted him to like her and think of her in a positive way so he would marry her. She developed a lot as a character throughout the series and learned how to use people to survive over the years. 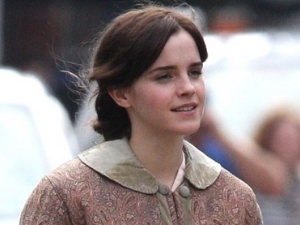 Meg March is an ESFJ. She is sociable, talkative and the most popular girl at all the parties. She is concerned with how she is perceived by other people and acts accordingly. Meg is skilled at reading her family’s emotions, similarly to her sister Beth and unlike her other sister Jo. She is traditional and even though she has dreams to become an actress, she favors stability and security. 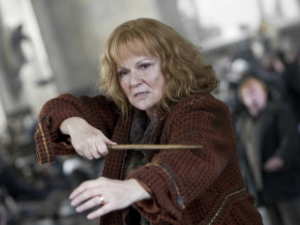 Molly Weasley is the ultimate mom ESFJ. She is always busy cooking, cleaning, shopping for the school year and looking after her family. She even takes Harry under her wing and treats him as her own. As the ultimate giver, she sends everyone presents, including Harry and Hermione.