Today we take a look at 21 famous Leo celebrities. Leos are born between July 23 and August 22. This zodiac sign belongs to the Fire element of astrology, along with Aries and Sagittarius. The symbol of Leo is a lion, representing leadership and warmth.

Leos are known for being natural leaders, which makes perfect sense given lions are the ultimate king of the jungle and at the top of the food chain. However, they don’t lead in an aggressive or dominating way.

As well as being natural leaders, Leos are warm and charming. They are often seen as the most popular zodiac sign as it’s hard to not be drawn in by their magnetic charm. This is why it makes sense that our favorite US president, Barack Obama, is a Leo!

However, things aren’t always so positive and a Leo’s love of the spotlight can lead to them being attention-seeking and vain. Leos care deeply about their appearance, and they enjoy the finer, material things in life.

Their confident personality, combined with their drive and ambition, make Leos great entrepreneurs. For example, Kylie Jenner (a famous Leo) is the second most followed person on Instagram ever and the first Kardashian-Jenner to reach billionaire status through expanding her businesses and building her ‘KYLIE’ brand.

Leos love to be seen and to have their voice heard. From Madonna, who has worked in showbiz for over 30 years, to Cara Delevingne, who is one of the world’s top models, Leos are confident, ambitious people who love to be in the spotlight.

As far as icons go, there is nobody who is more of an iconic Leo than our queen Madonna. She’s had a career in the spotlight for over 30 years and she isn’t going anywhere any time soon! Leos are the most versatile and adaptable zodiac sign, and nobody has grown and evolved over time like Madonna. She has changed her music style, her fashion, and her face(!), all to keep growing as a person and adjust with the decades. With many things against her, including “blatant sexism and misogyny and constant bullying and relentless abuse”, Madonna has remained a household name and has fought fiercely against the odds.

Barack Obama is a Leo. It’s only fitting that one of the best, most popular US presidents to date is a Leo. As a natural-born leader, Obama knows how to captivate a crowd, and it’s not just his voice, but also his air of authority and relatability. Often referred to as people’s favorite president, Obama is confident, hard-working, and extremely likable. Leos are known to have magnetic personalities, which is definitely Obama. He just embodies the Leo zodiac sign to a tee.

Cara Delevingne is the ultimate Leo. She is bold, fierce, and independent. Leos love attention and being in the spotlight, and Cara is no exception. As one of the top models in the world, Cara has unwavering confidence and is a natural in front of the camera. From her untamed, wild hair to her iconic bushy eyebrows, Cara even looks like a lion. Her first tattoo, which she got in 2013 from celebrity tattooist, Bang Bang, was a lion on her index finger.

Shawn Mendes is a famous Leo. He comes across as one of the nicest, most genuine celebrities that captivate his audience whether he’s on stage or in an interview. He exudes warmth and charm and basks in the spotlight. Shawn Mendes doesn’t have an ego, he loves his family, his partners, and his fans deeply. He once said, in true dominating Leo fashion, “I have a thing where if I’m not in control, I feel the whole world is about to collapse.”

Kylie Jenner is a Leo. As the most followed female on Instagram and the second most followed person, after Cristiano Ronaldo, it’s safe to say Kylie Jenner is not one to shy away from the spotlight. Not only is Kylie leading the way on Instagram, but she is a natural leader in all aspects of her life. In 2019, Forbes listed Kylie as the youngest self-made billionaire, at the age of 21, and she was the first Kardashian-Jenner to reach billionaire status. Given she is still only 24, we’re sure there is a lot more to come from the youngest Kardashian-Jenner

Jennifer Lopez is the ultimate Leo celebrity. She is the perfect example of the Leo archetype. From her singing, acting, dancing, fashion choices, and relationships, there isn’t anything our girl J.Lo can’t do! She’s been in the spotlight for a number of decades and is still managing to surprise us and keep us on our toes. Who is she dating? What is she wearing? We were especially thrown when J.Lo reprised her iconic Versace dress 20 years after its first outing, or when she got engaged to Ben Affleck again 20 years after their first engagement. But that’s Leos for you, they are the talk of the town.

Ben Affleck, just like his fiancé, Jennifer Lopez, is a Leo. Just like J.Lo, Ben Affleck has been in the game for many years, having found stardom at a young age when he starred in ‘Good Will Hunting, alongside Matt Damon. He has been a natural in the spotlight, however, at the same time managing to keep a strong sense of individuality. Ben Affleck hasn’t been overly concerned about what other people think of him over the years and we have a lot of respect for that.

Jennifer Lawrence is a Leo. She exudes serious Leo energy. She is one of the most popular, most likable actresses at present. She has a unique tongue-in-cheek sense of humor that she isn’t afraid to show in interviews, always coming across as herself. Jennifer Lawrence is also incredibly driven when it comes to her career and she has taken on a wide range of roles from Katniss Everdeen, to Tiffany in Silver Linings Playbook, and more recently Kate Dibiasky in Don’t Look Up.

Jason Momoa is a quintessential Leo, all the way down to his big, strong build and his wild, long hair. As an alpha male, Jason is determined and confident in his abilities, and he is comfortable in positions that involve making decisions. He has a charisma that draws people to him when it comes to both his acting career and relationships.

Dua Lipa is another famous Leo performer. She confirmed her zodiac sign in a YouTube video saying, “I’m a Leo, but I’m a Libra rising and a Cancer moon. So I’m emotional as *beep* but then really tough. So don’t mess with me.” Dua Lipa also has a flame tattooed on her hand and, given her interest in astrology, we are going to assume this is a representation of her fire zodiac sign.

Demi Levato is a true Leo celebrity. Bang Bang, the celebrity tattoo artist that did Cara Delevingne’s lion tattoo, also did Demi Lovato’s tattoo of a lion on the back of their hand. As well as being a proud representation of their zodiac sign, the tattoo is also a reference to their song ‘Lionheart’. Genius says that the song “talks about the flame and fearlessness that is inside us because of the love we possess for each other.” The song appears on the album ‘Confident’, which is also very fitting for a Leo.

Meghan Markle is a Leo. As her sun sign would indicate, Meghan Markle loves to be in the spotlight, and there is no spotlight more prominent that the British Royal Family! Meghan has been known to proudly represent her zodiac sign and her children through her jewelry. This has included a lion medallion necklace and constellation necklaces of her children, Archie, a Taurus, and Lilibet, a Gemini.

It’s only fitting that the actor who plays Thor, Chris Hemsworth, is a Leo. Chris Hemsworth reflects a Leo not just through his appearance but also in his personality. He exudes self-confidence, warmth, and charm. Leos are also passionate and enthusiastic about their family and relationships too, and this goes without saying for Chris Hemsworth, who puts as much time into his family and wife, Elsa, as he does into his personal fitness and appearance, which is also a Leo trait. 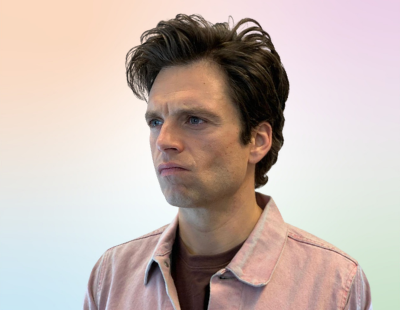 Sebastian Stan is a Leo celebrity. He has a kind, caring nature, and a magnetic charm. People of the Leo zodiac sign are typically very giving in terms of their advice, time, and money, and Sebastian Stan is no exception. He deeply values friendships and spending time with family.

Halle Berry embodies the Leo zodiac sign. She radiates warmth, self-confidence, and charm. She posted a video of herself walking out of the sea with the wind blowing through her hair in a gorgeous black bikini with the caption, “Leo Season in full effect 🐆✨ #BirthdayWeekendVibin”! She brings serious Leo energy to everything she does, and she commands the attention of everyone in the room when she enters.

Carl Jung was a Leo. He dedicated his life to psychology and personality. In 1950, Carl Jung said of astrology and horoscopes, “The basic meaning of the horoscope is that, by mapping out the positions of the planets and their relations to one another (aspects), together with the distribution of the signs of the zodiac at the cardinal points, it gives a picture first of the psychic and then of the physical constitution of the individual. It represents, in essence, a system of original and fundamental qualities in a person’s character, and can therefore be regarded as an equivalent of the individual psyche.”

Mila Kunis is a Leo through and through. She chased the spotlight from 14 years old when she lied and told casting for ‘That 70s Show’ and pretended she was 18. This was the show that threw Mila Kunis into fame and the same show she met her now-husband, Ashton Kutcher. Despite the fact they famously disliked each other for the entire duration of the show, they eventually linked up again later in life.

Arnold Schwarzenegger is a Leo. As a man of many talents, Arnold Schwarzenegger has been a politician, entrepreneur, film producer, and bodybuilder in his lifetime so far. He uses authority, leadership, and charm to provide support to those around him and strives to help people reach their potential.

Mick Jagger is an iconic Leo celebrity. As lead singer of one of the best rock’n’roll bands to ever exist, Mick Jagger, a true Leo, is a natural in the spotlight. Leos are natural-born leaders, so it makes sense that Mick Jagger rocked a t-shirt with the Leo glyph sign, way back in the 60s. He paved the way for rock’n’roll AND astrology obsessions… truly iconic.

Karlie Kloss is a Leo, just like her fellow Victoria’s Secret model, Cara Delevingne. Karlie Kloss is a proud Leo and often celebrates Leo season on social media. She has shouted out to her fellow Leos, Jourdan Dunn, Cara, and Michael Kors. Karlie has a passion for life, a charming personality, and a warm and friendly nature. Alexander Wang described her as, “a rare balance of beauty and personality.” If that isn’t Leo all over, I don’t know what is!

Leo celebrities and the zodiac signs of other famous people

Previous
21 Famous Celebrities with the Aries Zodiac Sign
Next
21 Famous Celebrities with the Taurus Zodiac Sign
Connect with matches
on your wavelength Get So Syncd
“Matching people using personality types is such a simple and powerful concept. So Syncd helped us find love, even in this difficult time. You’ve really changed our lives. In fact, we’re now married! Thank you.”