ESFP personality type in a nutshell

ESFPs bring positivity to the lives of others with their energetic and fun-loving nature. They are social butterflies who enjoy nothing more than having a great time with a group of friends. Natural performers, ESFPs enjoy being in the spotlight and they are some of the best storytellers.

ESFPs are always on the go and they often fill their days with a variety of activities. But a busy schedule doesn’t stop them from being spontaneous, ESFPs are adaptable and have no problem changing plans last minute if they feel like it.

“If life were predictable it would cease to be life, and be without flavour.”

With an ability to live in the moment, ESFPs are observant of their surroundings, picking up on subtle changes in body language and tone of voice that others would be hard-pressed to notice. ESFPs aren’t ones to plan too far into the future, preferring to take things as they come and work it out as they go along.

When it comes to relationships, ESFPs make decisions with their hearts and not their heads. They are emotional people and their feelings towards someone can change quite suddenly. When ESFPs do find that special person, they’ll bring fun and vibrance to the relationship. However, they can find it hard to accept criticism. 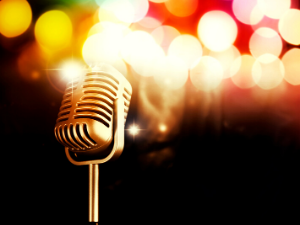 Show off your singing skills and hit the high notes at a karaoke bar.

ESFPs enjoy being around people and they love to make people laugh.

ESFPs closely absorb what’s going on around them and react accordingly.

ESFPs prefer experiencing things themselves rather than hypothesizing.

ESFPs never tire and are enthusiastic about most areas of their life.

ESFPs have a low boredom threshold and are always looking for entertainment.

ESFPs are easily distracted and often find it hard to finish detailed tasks.

ESFPs tend to change plans and others struggle to follow their thoughts.

The meaning of ESFP

So what is the meaning of ESFP? ESFP is one of the 16 personality types. ESFP stands for Extroversion, Sensing, Feeling and Perceiving. Each letter represents certain personality characteristics:

At So Syncd, we call ESFPs ‘So Fun’ because they are dynamic and spontaneous. They are also known as The Entertainer, The Performer and The Motivator Presenter.

ESFPs have an infectious zest for life that draws people to them. Always looking for the next adventure, ESFPs love to explore and they shy away from routine. They’re not the most organized people and they prefer relaxed environments.

It’s not always fun and games though. ESFPs have a practical and resourceful side to them. Preferring to learn through hands-on experience, they do their best to avoid theoretical discussions as they find them boring. ESFPs don’t see the point in chatting about abstract topics that don’t have clear applications.

ESFPs have strong inner morals and values, which is why they are so clear about what they think is right and wrong. Led by emotions rather than logic, ESFPs follow their heart and do what feels right in the moment. They are open-minded and passionate. Despite coming across as light-hearted, they are full of depth and they value meaningful connections.

ESFPs live life to the full and this encompasses the meaning of being an ESFP. Proactive and excitable, they are never short of ideas and options of what to do. With their spontaneous personality, ESFPs are the kind of people who will say yes to plans last minute if it’s something that catches their fancy. They value freedom and hate feeling tied down.

The paradox of the ESFP

ESFPs are observant but they can be unfocused. They are highly in tune with their surroundings and are able to react quickly to new information. As a result, they tend to be skilled at physical activities such as sports, and they often notice even the smallest details of their environment.

Despite being highly aware of their environment, ESFPs can have trouble focusing. Always on the lookout for a new adventure, people of the ESFP personality type can find it hard to focus on something for long periods of time as a result of their busy, creative minds. They also have a low boredom threshold and they can be impulsive.

Female ESFPs are fun and affectionate. With their positive outlook, they have a unique ability to instantly lift the mood of a room. They take pride in the fact that they are natural entertainers and love attention. Sociable and playful, female ESFPs aren’t afraid to show their affection.

Male ESFPs have a warm and bold presence. With their adventurous and charismatic traits, they are often popular individuals. Always up for a good time, male ESFPs are sociable and they love spending time with friends. Plus, they have a confidence that enables them to take risks.

Find meaningful connections as an ESFP