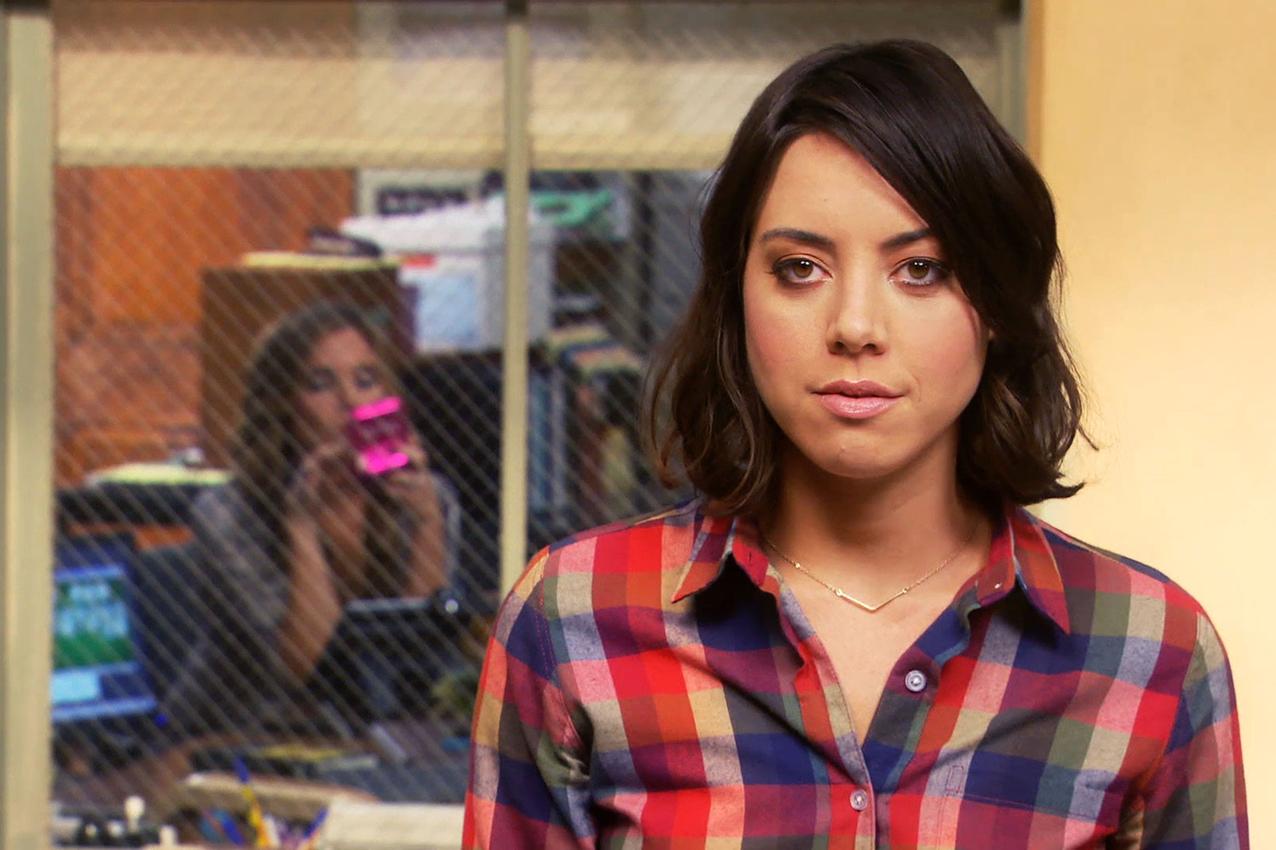 April Ludgate is a college student who starts out working as an intern in the Pawnee parks and recreation department. April is extremely uninterested in the job and acts very dryly and sarcastically around her co-workers.

She was assigned the internship because she overslept on the intern sign-up date, which she blamed on her sister Natalie for not waking her up. She later becomes the Deputy Director of Animal Control.

April develops a crush on Andy Dwyer because he is able to make her smile, which is something she rarely does. April and Andy eventually marry and have a son.

Which personality type is April Ludgate?

April Ludgate is an INTP personality type. April values knowledge above everything else. She is constantly working on generating new theories or analysing existing theories.

INTPs approach problems and theories with skepticism, ignoring existing opinions and taking their own approach to working it out. April is highly intelligent which is typical of people of this personality type.

April loves new ideas and is drawn to abstractions and theories. She can appear ‘dreamy’ or distant to others because she spends a lot of time inside her mind deep in thought.

April avoids working on routine things, preferring to explore well-thought-out, novel solutions. However, INTPs typically leave the implementation of ideas to others as it’s not their strong point.

As an INTP personality type, April Ludgate’s best matches are ENFJ and ENTJ.

Read our blog post to learn more about INTP compatibility.

April Ludgate is an Aries zodiac sign, which belongs to the Fire element of astrology, along with Leo and Sagittarius. The symbol of Aries is the ram, which represents an ability to always rise to the challenge.

As an Aries zodiac sign, April will always be honest, even if some people might view her as overly direct. She sees little point in offering sugar-coated feedback, which is why she has such a to-the-point communication style. People of the Aries zodiac sign are typically ambitious and loyal.

Which Enneagram type is April Ludgate?

April Ludgate is an Enneagram Five personality type with a Four wing. Enneagram Fives belong to the head centre, along with Sixes and Sevens, and they naturally make decisions based on analysis.

April seeks to understand before she proceeds. Enneagram Fives value connecting with others on an intellectual level and they like to feel in control.

As an Enneagram Five, April is inventive, reflective and curious. She approaches life from a unique perspective and she often gets lost in thought.

Enneagram Fives love to drill down into the details of why things are the way they are. Naturally curious, April has a need to be continuously learning.

“I wasn’t listening but I strongly disagree.”

“I think we can agree that all wine tastes the same, and if you spend more than $5 on wine, you are very stupid.”

“I really only listen to like, German death reggae. And Halloween sound effect records from the 1950s. And Bette Middler, obviously.”