Today we look at 21 fictional ENFJ characters. ENFJs are charismatic and charming individuals. They have excellent people skills and are typically self-sacrificing, putting others’ needs ahead of their own. From this list of ENFJ characters, you can see that the predominant unhealthy personality trait is manipulation. ENFJs can use their social skills to their advantage, and can play people to get what they want. For example, Hans Westergaard from Frozen manipulated Elsa with his charm into trusting him and eventually falling for him.

From Jean Milburn, who is a sex therapist, to Mufasa, who teaches Simba all he knows about the Kingdom from a young age, ENFJs love to share their advice and help people, and they’re enthusiastic storytellers which makes it fun too! 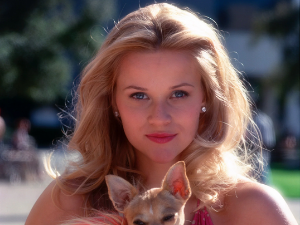 Elle Woods is an ENFJ. She has undeniable powers of persuasion and uses her charm to convince people to do things. This, however, is not for personal gain but typically for the greater good. Elle Woods is passionate about causes she believes in. 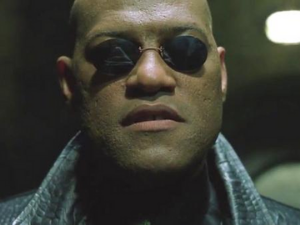 Morpheus is an ENFJ character. He is warm and enthusiatic, unlike a lot of the other characters in The Matrix. He is inspirational to his crew members and they look up to him and his natural leadership skills. Morpheus often uses metaphors to explain things. 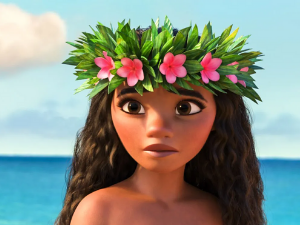 Moana is an ENFJ. Moana is an adventurous character who sets out on a quest with the ultimate goal of saving her people on the island. Moana is kind-hearted, charismatic and also strong-willed. She is a natural-born leader. 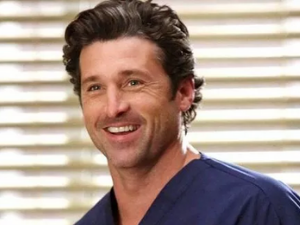 Derek Shepherd was an ENFJ. He was charismatic and charming with a killer smile and quick-wit. He was caring, kind and compassionate and had a deep understanding of Meredith, even when she didn’t know herself. We miss Derek! 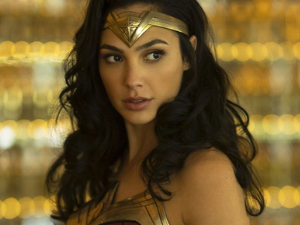 Wonder Woman is an ENFJ. She is self-sacrificing and has a deep desire to help other people, which is sparked by putting herself in their shoes. She is a natural leader and peacekeeper. If she believes something is right, she does it, even though she continually puts herself in danger. 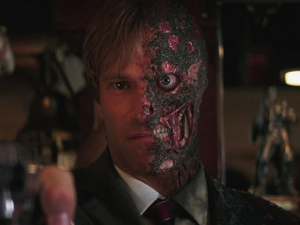 Harvey Dent was an ENFJ. Harvey was a charismatic leader, always knowing how to work the crowds and he gave confident speeches at press conferences. His split personality character, Two-face, is more of an ENTJ. His grief consumes him, which leads him to become power hungry and lose all his morals. 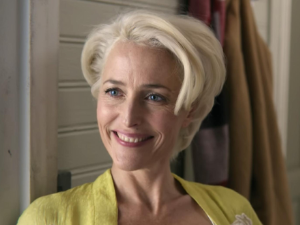 Jean Milburn is an ENFJ. She is excellent at communicating, always choosing to be open and honest with Otis. She is highly articulate, particularly when talking about ideas. She also can’t help but give Otis and his friends advice, even though they don’t want it. 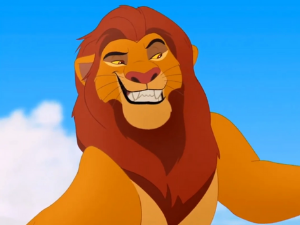 Mufasa is the ultimate ENFJ Disney character. He was a fantastic leader who was kind, caring and brave. He had a deep understanding of the different animals in the kingdom. Mufasa passed on his advice to Simba in true ENFJ fashion. 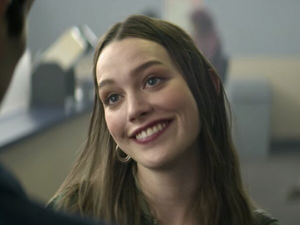 Love Quinn is an ENFJ, the extroverted version of Joe. She gives off the impression of being an ENFP but her moves are incredibly calculated and this ENFP persona is just a mask. She is good at reading people and manages to keep up with Joe’s mind. 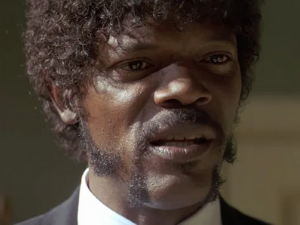 Jules Winnfield is an ENFJ. He is deeper than your typical hitman. He is superstitious and sees the deeper meaning behind events. Jules is ladaptable and can change plans, using emotions rather than logic to guide his decisions. 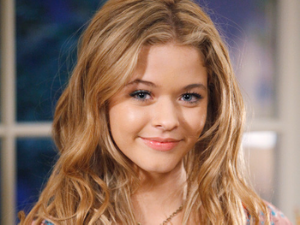 Alison DeLaurentis is an ENFJ. Alison is charismatic, popular and the natural leader within the girl group. She knows how to work a room, to a point that she was a master manipulator and used her emotional connections with people to her benefit. Terry Jeffords is an ENFJ. He is insightful and takes the time to get to know his team members and what makes them tick. He has a strong desire to be liked by people, even if he doesn’t know them. Terry is creative and imaginative. 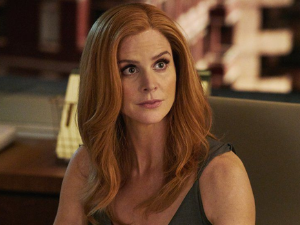 Donna is a typical ENFJ character. She is charming, charismatic and knows how to play people to get what she wants. She is incredibly loyal to her closest friends, Harvey, Mike and Rachel, and goes above and beyond to ensure everyone is safe and happy. 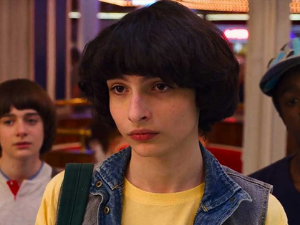 Mike Wheeler is an ENFJ fictional character. He is the leader of the group and is willing to go to great lengths for each of his best friends. He is future-oriented and uses this vision to prioritize actions. Mike is passionate and can be stubborn. 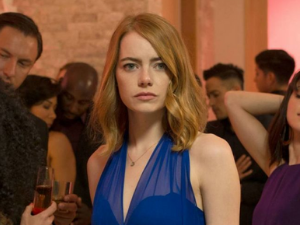 Mia Dolan from La La Land is an ENFJ. ENFJs have a tendancy to seek validation from other people and Mia does this throughout the film, from her family and Sebastian. She has big dreams for her future and she has an idealistic vision of what it will look like. 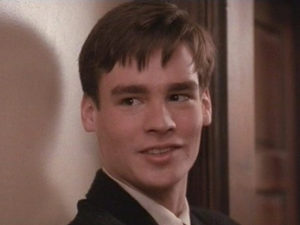 Neil Perry was an ENFJ fictional character. He was well-liked and people looked up to him, which enabled him to revive the Dead Poets Society. He tried to keep the peace with people whilst dreaming of a big future for himself. 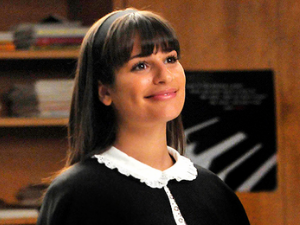 Rachel Berry is an ENFJ. She is good at reading people and has high levels of emoptional intelligence. She uses this to manipulate people into doing what she wants. She also has a strong need for social validation and can’t stand it when people dislike her. 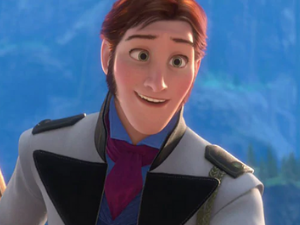 Hans Westergaard is an unhealthy ENFJ Disney character. Hans uses his strong understanding of people to manipulate them for personal gain. He manipulated and charmed Elsa into trusting him so he could be powerful and take the throne. 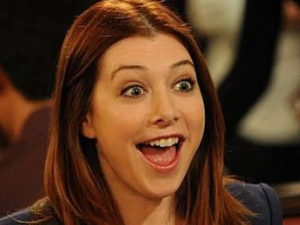 Lily Aldrin (How I Met Your Mother)

Lily Aldrin, from HIMYM, is a typical ENFJ. ENFJs love to give advice and share their experience with people, which is exactly what Lily does. She thinks of future possibilities and manipulated Ted in his relationships if she couldn’t see the woman fitting in with the group’s future. 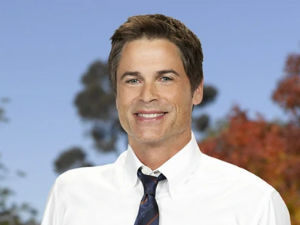 Chris Traeger is an ENFJ. He is a caring leader that gives a positive energy. He is passionate, charismatic and has a natural confidence. He acts with the teams best interests at heart, rather than indiviuals. 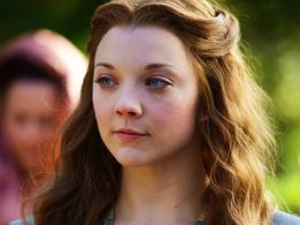 Maergery Tyrell was an ENFJ. She has undeniable powers of persuasion and she is able to use these skills to convince people to do things. This, hoever, is typically for good causes rather than for selfish means. She is disgusted by Geoffrey but would’ve used her queen status to make a positive change.

Do you relate to these fictional ENFJ characters? INTPs and INFPs are the perfect personality matches for ENFJs. Do you see yourself with someone like Mr Bean, an INTP, or Amélie Poulain, an INFP? Take a look and see which INFP fictional characters would be best matched to you!