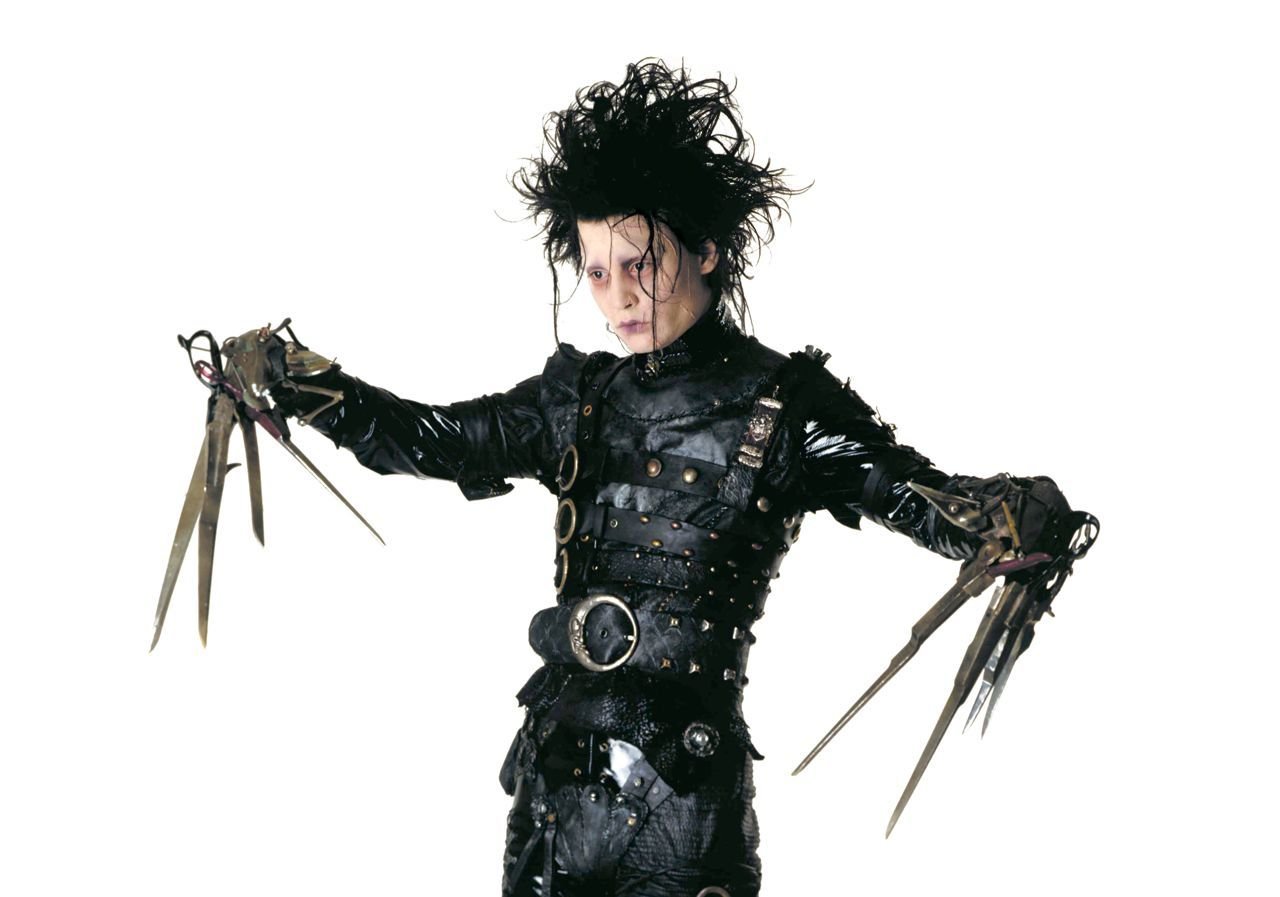 He is an artificial man who was created by an eccentric inventor. The inventor dies before he’s able to complete Edward, leaving him with scissors instead of hands.

Edward was found by Peg Boggs, who took pity on Edward and invited him to live in her house. Edward falls madly in love with Peg’s daughter, Kim. Edward is initially popular but gets in trouble when he is wrongly accused of being violent.

Edward returns to his mansion but kills Kim’s boyfriend in a confrontation. Kim tells everyone that Edward is dead, allowing him to live in peace.

Which personality type is Edward Scissorhands?

Edward Scissorhands is an INFP personality type. It’s important to him that he stays true to his values. With his sensitive nature and need for authenticity, self-expression is important to Edward.

Typically INFPs think deeply about the meaning and purpose of life, dreaming up all sorts of stories, ideas, and possibilities along the way. Some might describe him as visionary but in an understated manner.

INFPs have a need to connect with a deep sense of purpose and people of this type feel a strong desire for their actions to be aligned with their values.

Edward Scissorhands cares about making the world a better place. He loves to bring happiness to people’s lives and is highly empathetic. Typically INFPs feel other people’s suffering as if it were their own.

As an INFP personality type, Edward Scissorhands’ best matches are ENTJ and ENFJ.

Edward Scissorhands is probably a Pisces zodiac sign, which belongs to the Water element of astrology, along with Cancer and Scorpio. The symbol of Pisces is two fish swimming in different directions, which represents complexity.

As a Pisces zodiac sign, Edward has an interest in spiritual and mystical realms. He is seen as quirky and otherworldly. With a tendency to overthink, people of the Pisces zodiac sign are naturally drawn to looking for deeper meanings behind anything and everything.

Which Enneagram type is Edward Scissorhands?

Edward Scissorhands is an Enneagram Four personality type with a Five wing. Enneagram Fours belong to the heart centre, along with Threes and Twos, and they naturally make decisions based on their emotions.

He greatly values having a clear identity and purpose in life. In addition, Edward is self-aware and honest but he can be moody on occasions.

As an Enneagram Four, Edward Scissorhands is emotional, imaginative and reserved. He takes an original approach to life and is deeply in touch with his feelings.

Enneagram Fours have a strong desire to connect with people who understand their personality and values. Emotionally complex, Edward is an artist who expresses himself by giving all his neighbours fun haircuts and making ice sculptures.

“Because you asked me to.“

“I am not complete.“

“People are scared of things that are different.”