ESTJ personality type in a nutshell

ESTJs are dedicated individuals who take great pleasure in bringing order and structure to their surroundings. With a methodical approach to life, they feel most comfortable when there are established procedures in place. If there aren’t existing protocols, ESTJs will quite happily take the initiative to implement them.

ESTJs are traditional and they take their role within society seriously, always delivering what they promised. They respect hierarchies as they see this as a necessity for everything to run smoothly. As family-oriented people, they take pride in their ability to create a safe environment for their loved ones.

“Good order is the foundation of all things.”

ESTJs have an unmatched work ethic. Structured and committed, they are strong believers in following the rules as they’re very aware that they exist for the broader benefit of society. ESTJs are well suited to leadership roles in community groups as positions like this combines their organizational skills and their love for bringing people together.

When it comes to relationships, ESTJs appreciate security and stability. They are family-orientated individuals who strongly value tradition, particularly when it comes to their home lives. ESTJs usually apply their planned nature to their relationships which can come across as controlling. Dealing with emotions can be challenging for people of the ESTJ personality type and they are sometimes seen as insensitive. 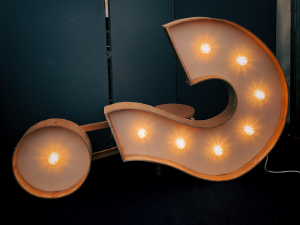 Show off your knowledge of useless but entertaining information at a trivia night.

ESTJs direct their time and attention to achieving their life goals.

People can count on ESTJs to be straightforward and give an honest opinion.

ESTJs follow through on promises with actions and they are trustworthy.

ESTJs enjoy order and take responsibility for putting dates in the diary.

ESTJs sometimes try to take over situations and control the outcomes.

ESTJs can be unadaptable in certain situations and this can hold them back in life.

ESTJs can be overly direct, which sometimes hurts people’s feelings.

ESTJs can be quick to criticize and jump to conclusions without knowing all of the facts.

The meaning of ESTJ

So what is the meaning of ESTJ? ESTJ is one of the 16 personality types. ESTJ stands for Extroversion, Sensing, Thinking and Judging. Each letter represents certain personality characteristics:

At So Syncd, we call ESTJs ‘So Dedicated’ because they are one of the most committed personality types. They are also known as The Executive, The Supervisor and The Commandment Organizer.

ESTJs are logical and they focus on efficiency. They love ticking tasks off their checklists and they enjoy planning. With their love of structure and procedures, ESTJs approach tasks methodically and solve problems by step-by-step reasoning. Not afraid of a challenge, people of the ESTJ personality type will persevere until they find a solution.

ESTJs are direct and decisive. When it comes to making decisions, they look at the cold hard facts and decide quickly which route to take. The faster they make a decision, the sooner they can move on to the next task, of course. When it comes to work, ESTJs are often found in leadership positions and they believe in setting a good example.

ESTJs strongly believe that rules and order underpin all functional societies. A world of chaos is an ESTJ’s worst nightmare. In all areas of their lives, ESTJs like to feel in control and they feel most comfortable when everybody is doing exactly what they’re meant to be doing. If there is no clear authority figure, ESTJs will happily take the reins.

Dependability encompasses the meaning of being an ESTJ. They pride themselves on being reliable and sticking to their word. As one of the most logical types, it makes sense to them to follow through on promises and to stick to the plan. However, their need for order can mean that ESTJs can be inflexible.

The paradox of the ESTJ

ESTJs are tough but caring. They are extremely dedicated personality types who care deeply for their friends and family but they’re not overly affectionate. Showing their love in different ways, ESTJs will make sure that their loved ones have everything they need. The phrase ‘tough love’ sums up an ESTJ perfectly.

Enforcing rules comes naturally to ESTJs but they do it for everyone’s benefit, not just for the sake of it. With their direct way of communicating, ESTJs aren’t afraid to provide constructive feedback and tell someone if they aren’t doing a good job. This can be taken the wrong way by more sensitive personality types.

Female ESTJs are assertive and honest. Not ones to give up, they pursue their goals with laser focus and they’ll persevere until the very end. Female ESTJs are highly independent in all areas of their lives but they value relationships and care deeply for those close to them. They don’t tend to fit the stereotypically feminine traits of today’s society which can be challenging.

Male ESTJs are intense and dominating energy. With their strong-willed nature, they’re not afraid to take the lead in a variety of situations. They are always on the go and can find it hard to relax. Male ESTJs can command a room and rally the troops to create a team that works efficiently towards a common goal.

Find meaningful connections as an ESTJ