Today we explore the 16 personality types of Suits characters. Suits is a popular American TV show that revolves around the law firm of Pearson Specter Litt, one of its many names throughout the series. The main characters are lawyers who use their knowledge and wit to solve cases and get their clients out of tough situations.

However, as you’d probably expect in a top New York law firm, there are a few more common personality types amongst lawyers, including ENTJs, ESTJs, and ENFJ. These three personality types share common characteristics. They are all self-confident, ambitious, hard-working, and natural leaders. They are also quick thinkers and good at problem-solving.

If you’re an ENTJ, ESTJ, or ENFJ, then you’ll definitely be able to relate to the characters in Suits. You might even see a little bit of yourself in them! But luckily there are characters with other personality types too, which balances the cutthroat world of law with some much-needed moral compasses. 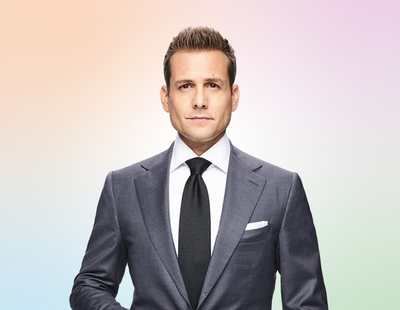 Harvey Specter is the definition of an ENTJ. He’s ambitious, driven, and always looking for the next challenge. He’s also very quick-witted and charming, able to talk his way out of (or into) any situation. ENTJs strive for greatness in their life and they love a challenge. Harvey embodies these personality traits. He loves the healthy competition with Louis Litt and he was always obsessed with getting his name on the way. Self-confident, strong-willed, and ruthless, Harvey is the perfect example of an ENTJ. 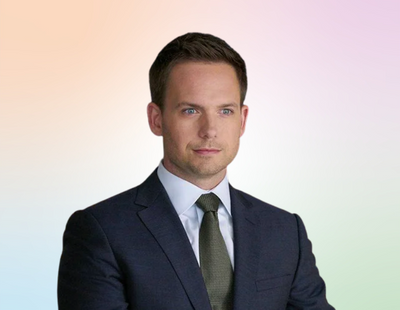 Mike Ross is an INFP. He’s gentle, compassionate, and always puts others first. As an INFP, he’s also a great listener and has a strong moral compass. He’s the type of person who would do anything for the people he cares about. Mike Ross struggled with being a lawyer at Pearson Specter because he felt some of the clients they defended were guilty and it went against his values. However, he always tried to do what was right and he eventually found his niche as a lawyer. 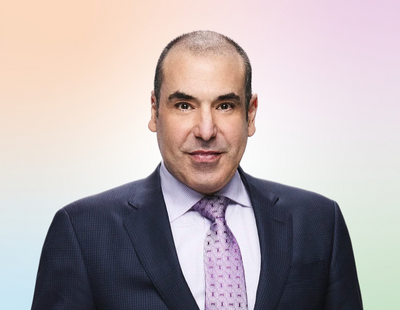 Louis Litt is an ESTJ. He’s loyal, hard-working, and always puts the firm first. As an ESTJ, he’s also a bit of a stickler for rules and traditions. Louis Litt is the type of person who would do anything to get ahead at work. He’s very competitive with Harvey Specter and he’s always trying to one-up him. Louis can sometimes use dirty tactics to win but ultimately he is very loyal to the firm and he’s always looking out for its best interests. ESTJs are known for their hard work and dedication, and Louis Litt embodies these personality traits. 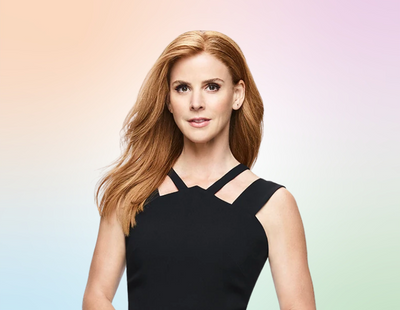 Donna Paulsen is an ENFJ. She’s outgoing, compassionate, and always puts others first. As an ENFJ, she’s also a great listener and has a strong moral compass. Donna Paulsen is the type of person who would do anything for the people she cares about. She’s always looking out for Harvey Specter and she’s always ready to help him with whatever he needs. ENFJs are known for their deep intuition and ability to read people. Donna always knows when something is wrong and she can always sense when Harvey or Louis is in need of help. 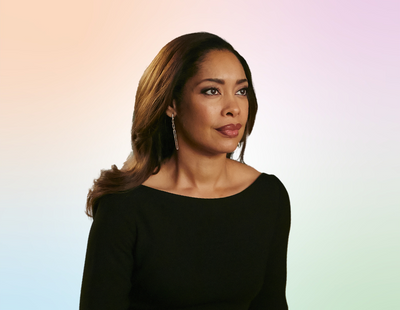 Jessica Pearson is an ENTJ. ENTJs are natural leaders and they’re always looking for ways to improve things. They are ambitious, driven, and value efficiency. Jessica embodies these personality traits. She is always striving for excellence and she’s always looking for ways to make the firm better. She’s also very direct and she’s not afraid to tell people what she thinks. Jessica Pearson is the type of person who is always in control. She’s very confident and she always knows what she’s doing. ENTJs are known for their ability to take charge and Jessica Pearson is a perfect example of this. 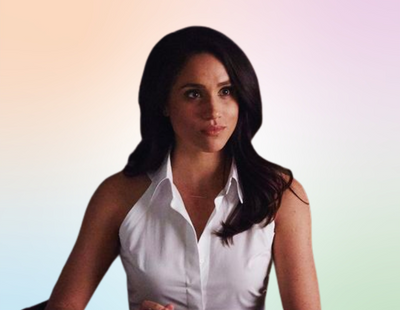 Rachel Zane is an ESFJ. ESFJs are known for their compassion and their ability to put others first. They are also natural caregivers and they have a strong sense of duty. Rachel embodies these personality traits. She’s always looking out for others and she’s always ready to help. Rachel is also very loyal and she’s always willing to go above and beyond for the people she cares about. Rachel protected Mike’s secret even though she could’ve gotten in a lot of trouble for not coming forward. She also stayed loyal to him even when he was facing some tough times. 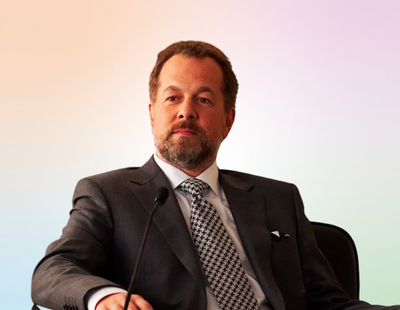 Daniel Hardman is an unhealthy ENFJ. Unhealthy ENFJs can be incredibly emotionally manipulative and they’re often very self-centered. They can also be controlling and use people to get their own way. Daniel Hardman embodies these personality traits. He’s always looking out for himself and he’s always trying to control the situation. Daniel manipulated Louis when he returned to the firm and he also used Mike to try and get what he wanted. He’s always looking for ways to get ahead and he doesn’t care who he has to use to do it. Daniel uses his typical ENFJ people skills and his intuition to take advantage of people. 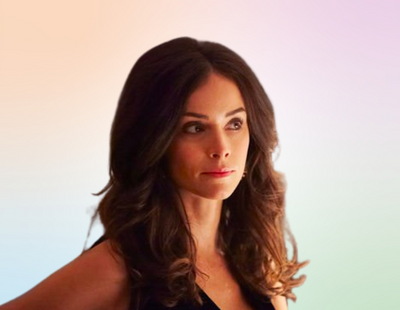 Dana Scott, AKA Scottie, is an ESTP. Scottie is a very action-oriented person. She’s always ready to take on new challenges and she’s always looking for thrills. Scottie is also very spontaneous and she’s always up for anything. She’s the type of person who lives in the moment and she doesn’t hesitate to seize opportunities, which is typical of ESTPs. ESTPs are also very competitive and love a challenge. Scottie loves a little competition with Harvey and she loves to win. And when they’ve finished their competition, they have loads of sex. Scottie is also very charming and she knows how to work a room. She isn’t afraid to take risks, like moving to Pearson Specter law firm and moving in with Harvey. 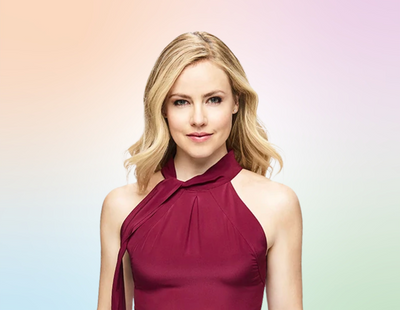 Katrina Bennett is an ISTJ. ISTJs are known for their practicality and their attention to detail. They’re also very reliable and they have a strong sense of duty. Katrina embodies these personality traits. She’s always looking out for the best interests of the firm and she’s always willing to do whatever it takes to get the job done. Katrina is also very loyal and she’s always willing to stand up for what she believes in. She’s the type of person who always follows the rules and she doesn’t take any shortcuts. Katrina Bennett is a perfect example of an ISTJ. 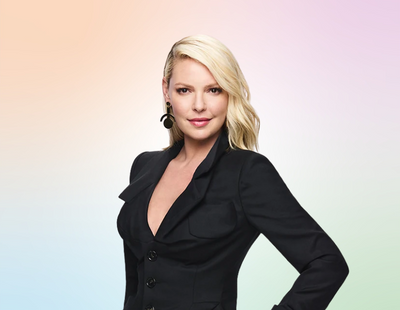 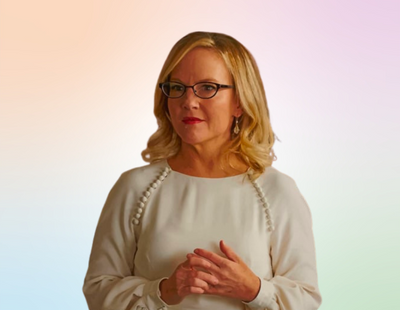 Sheila Sazs is an ESTJ. As the female version of Louis, Sheila is practical, detail-oriented, and incredibly driven. Like Louis, Sheila is also a bit of a control freak and she’s always trying to be the one in charge. As an ESTJ, Sheila likes to play by the rules and enforce them when necessary. She also retains information and she knows everyone who went to Harvard Law School. This is how Sheila found out Mike’s secret and reported him to the FBI. ESTJs are known for their loyalty and their sense of duty, which is why Sheila reported Mike. And she was disgusted to find out Louis already knew the secret. Sheila is a textbook ESTJ. 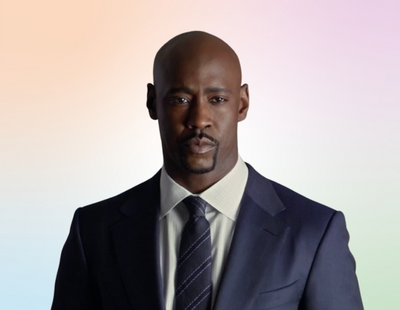 Jeff Malone is yet another ENFJ in Suits. ENFJs are known for their people skills and their ability to charm others. They’re also natural leaders and they have a strong sense of intuition. Jeff Malone embodies these personality traits. He won over the heart of Jessica Pearson with his ENFJ charisma. Like a typical ENFJ, Jeff always looking out for others and he’s always trying to help them. He’s also very intuitive and he’s always able to see the best in people. Jeff is the type of person who is always looking to make a difference. He’s always trying to help others and he’s always fighting for what he believes in. Jeff Malone is a true ENFJ.