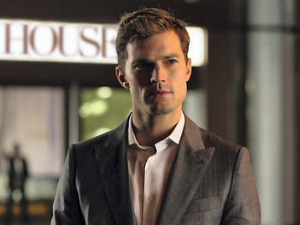 To the outside world, Christian Grey appears to be a handsome and attractive young man in the business world. However, he has a “hidden life”. Christian was born in the city of Detroit.

His biological mother, Ella, was addicted to drugs and worked as a prostitute. He was adopted as a child by Carrick and Gracie Grey. Christian’s business empire grew into the renowned Grey Enterprises Holdings, Inc. over the span of a few years.

Which personality type is Christian Grey?

Christian Grey is an ENTJ personality type. Charismatic and confident, he is a natural leader. Plus, he values efficiency and has a unique ability to reach his goals.

With unmatched ambition and drive, once Christian sets his sights on something, he won’t stop until gets it. As an ENTJ, Christian loves a challenge. It’s what makes life fun for people of this personality type.

Christian is highly rational and values people who can match him on an intellectual level, be it a colleague, partner or friends.

Despite being an extrovert, Christian is private, particularly when it comes to his emotions, which is typical of ENTJs. When communicating, Christian is direct and precise, preferring not to waste time with vague statements.

As an ENTJ personality type, Christian Grey’s best matches are INFP and INTP.

Christian Grey is a Gemini zodiac sign, which belongs to the Air element of astrology, along with Aquarius and Libra. The symbol of Gemini is the twins, which represents a dual-natured personality.

As a Gemini zodiac sign, Christian is highly intelligent. He is inquisitive and he loves to learn about all kinds of topics. With a certain charm, Christian can be persuasive when he wants to be. Christian has a knack for tackling problems and will persevere until the very end, which is typical of people of this zodiac sign.

Which Enneagram type is Christian Grey?

Christian Grey is an Enneagram Eight personality type with a Seven wing. Enneagram Eights belong to the body centre, along with Nines and Ones, and they naturally make decisions based on gut instinct.

Christian likes to feel in control, particularly of his physical environment. For Enneagram Eights, freedom and independence are important.

As an Enneagram Eight, Christian is bold, straight-shooting and self-assured. He takes pride in his competence and strives to be self-reliant.

Enneagram Eights embrace challenges and they are highly ambitious. Full of charisma, Christian has strong leadership qualities that he uses to inspire others.