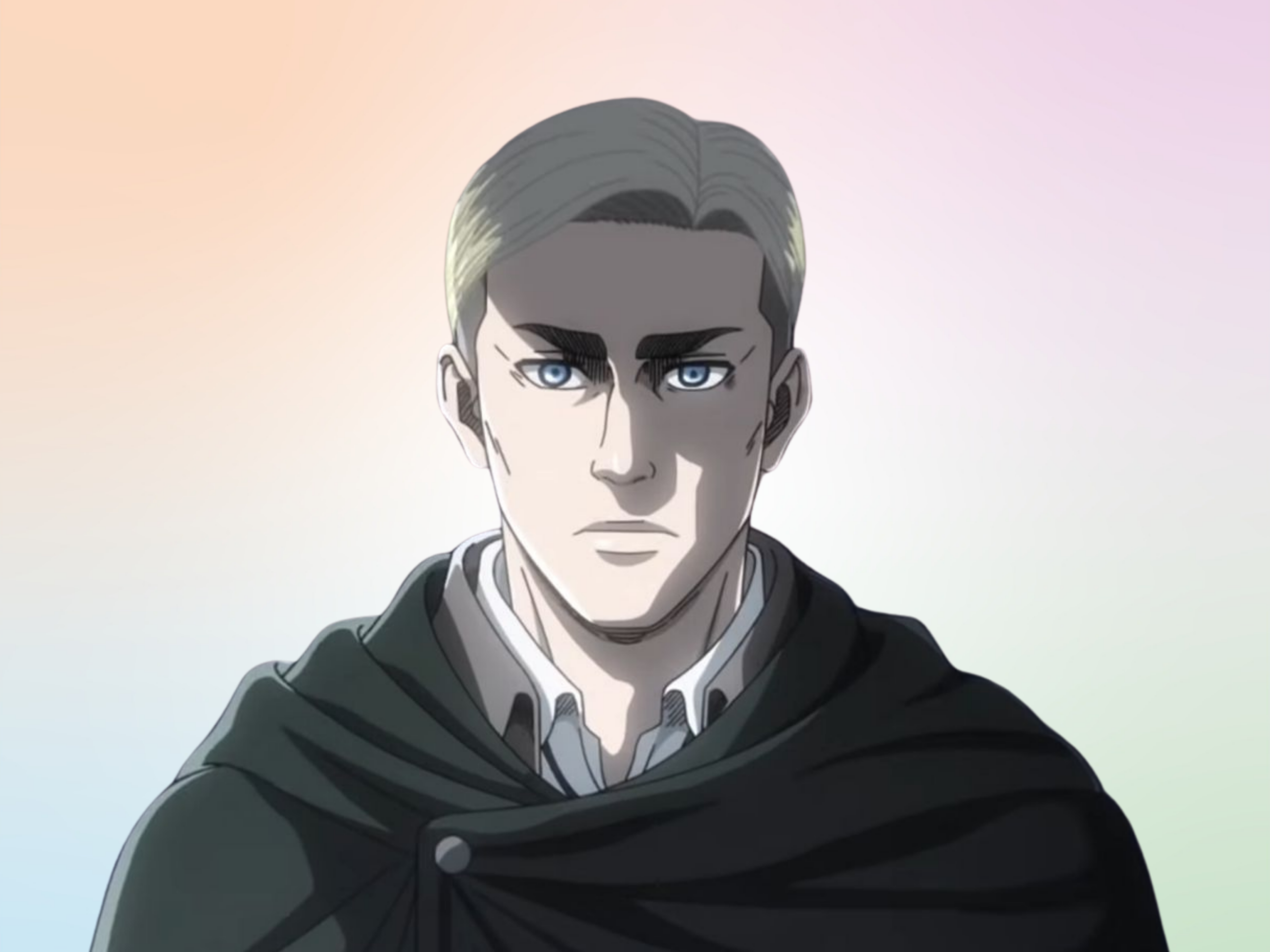 Which personality type was Erwin Smith?

Erwin Smith was an ENTJ personality type. With unmatched ambition, he didn’t stop until he had achieved his goals. Charismatic and confident, he had a lot of the qualities needed to succeed in many situations.

ENTJs are typically career-focused, which was certainly the case with Erwin Smith. There’s no denying that he was a natural-born leader.

Erwin Smith was rational and inventive which made him exceptionally talented at solving problems. Despite being logical and realistic, ENTJs are imaginative and they love considering different possibilities.

Erwin Smith highly valued people who could challenge him intellectually and, as an extrovert, he loved a lively debate about abstract topics. Erwin Smith had a dominant and charismatic presence.

As an ENTJ personality type, Erwin Smith’s best matches were INFP and INTP.

Erwin Smith was a Libra zodiac sign, which belongs to the Air element of astrology, along with Aquarius and Gemini. The symbol of Libra is the scales, which represent a balanced approach to life.

As a Libra zodiac sign, Erwin Smith was quick-thinking, intelligent, and an exceptional conversationalist. He could think outside the box and approach problems from unique angles, which made him a great person to bounce ideas off. Typically, Libras are diplomatic and fair.

Which Enneagram type was Erwin Smith?

Erwin Smith was an Enneagram One personality type with a Two wing. Enneagram Ones belong to the body center, along with Eights and Nines, and they naturally make decisions based on gut instinct.

Erwin Smith liked to feel in control, particularly of his physical environment. For Enneagram Ones, freedom and independence are important.

As an Enneagram One, Erwin Smith was principled, ethical, and strove for perfection. He placed a lot of emphasis on following the rules.

People of the Enneagram One personality type often have a clear goal that they are working towards. Self-controlled and careful, Erwin Smith had high standards in all areas of his life.