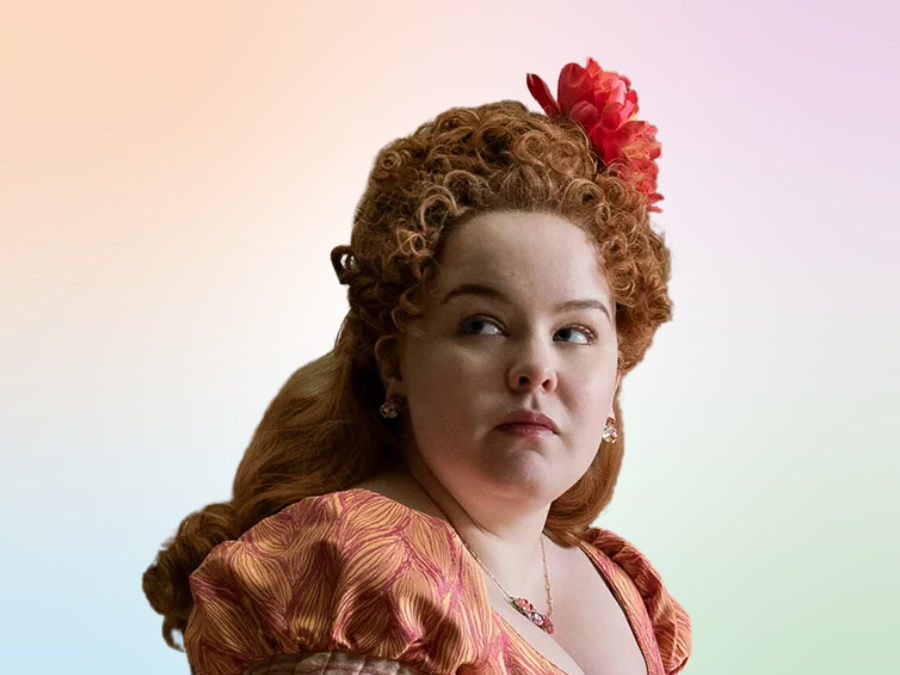 Penelope is the youngest Featherington child and best friend of Eloise Bridgerton. She was disinterested in entering society but was intrigued by Colin Bridgerton. However, Colin express interest in Marina, her distant cousin who was secretly pregnant.

Penelope’s jealousy increased as Colin and Marina grew closer and got engaged. Wanting to stop their marriage, Penelope went to Colin and told him that Marina was already in love with another.

Then Lady Whistledown broke the news that Marina was pregnant, ending the engagement. When Penelope tried to confess her feelings to Colin, he told her that he was leaving to start traveling soon, leaving her heartbroken. It is finally revealed the Penelope is actually Lady Whistledown.

Which personality type is Penelope Featherington?

Penelope Featherington is an INFP personality type. She has unique personality characteristics and is often misunderstood by those around her.

Open-minded and non-judgmental, Penelope appreciates that different paths of life work for different personalities. She is naturally empathetic and has a quietly rebellious streak. Typically INFPs feel other people’s emotions as if they are their own.

Penelope does not like conflict and if she must face it, she approaches it from the perspective of her feelings. Penelope is flexible and laid-back until one of her values is violated.

If one of her closely held values is threatened, she isn’t afraid to fight for causes she believes in. People are drawn to Penelope’s honesty and integrity, which are traits that are important to people of the INFP personality type.

As an INFP personality type, Penelope Featherington’s best matches are ENTJ and ENFJ.

Penelope Featherington is probably a Pisces zodiac sign, which belongs to the Water element of astrology, along with Cancer and Scorpio. The symbol of Pisces is two fish swimming in different directions, which represents complexity.

As a Pisces zodiac sign, Penelope is empathetic by nature. She naturally takes on the role of a listening ear and is highly in tune with the emotions of others. Typically people of the Pisces zodiac sign will immediately want to help if they see someone who is upset or in pain.

Which Enneagram type is Penelope Featherington?

Penelope Featherington is an Enneagram Nine personality type with a one wing. Enneagram Nines belong to the body centre, along with Eights and Ones, and they naturally make decisions based on gut instinct.

Penelope likes to feel in control, particularly of her physical environment. For Enneagram Nines, freedom and independence are important.

As an Enneagram Nine, Penelope is supportive, accepting and agreeable. She places a strong emphasis on maintaining harmony in her environment.

Enneagram Nines are known for being adaptable and are often described as easy-going. Friendly and steady, Penelope has a calm demeanor that others find soothing.

“Her heart belongs to another.”

“I am out in society. Therefore, I have more important, mature things to worry about.”

“One finds oneself in such an incredible position, and, well, one should declare it… assuredly, fervently, loudly.”