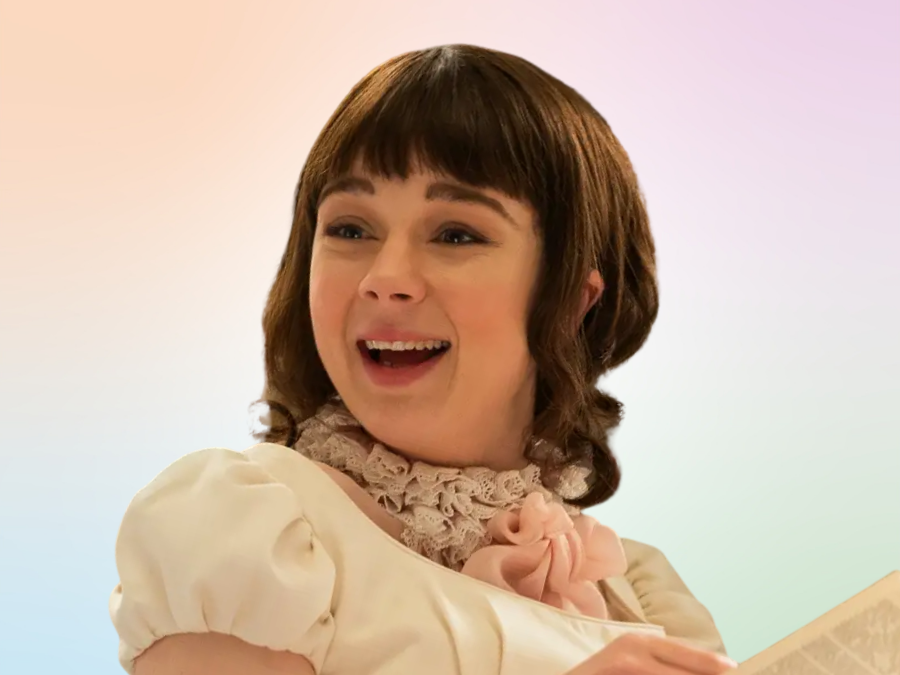 She believes she’s destined for something much greater, though she’s quite rapidly approaching marriageable age. Eloise took no pleasure in attending balls and other social events, preferring instead to focus on her studies.

Eloise was envious of Lady Whistledown, who was living the dream in her mind. She wanted Penelope Featherington to help find Lady Whistledown’s true identity, but Penelope said she didn’t have the time, but cheered Eloise’s efforts.

Which personality type is Eloise Bridgerton?

Eloise Bridgerton is an ENTP personality type. She is intelligent and actively seeks other people’s opinions on various topics, particularly those she is passionate about.

ENTPs live for healthy debates and there’s nothing they love more than someone showing them a completely new point of view, as long as it makes logical sense to them. Being in the spotlight suits Eloise well because she loves sharing her views with the world.

Eloise has a thirst for learning and is a natural at thinking outside the box. However, ENTPs would rather use their unique approach to solving problems to come up with solutions rather than focusing on the details of implementation.

With a mix of confidence and a laid-back attitude, Eloise is charming and charismatic. Eloise has a great sense of humor which is typical of people of this personality type.

As an ENTP personality type, Eloise Bridgerton’s best matches are INFJ and INTJ.

Eloise Bridgerton is probably a Sagittarius zodiac sign, which belongs to the Fire element of astrology, along with Aries and Leo. The symbol of Sagittarius is an archer pointing his bow to the sky, which represents freedom and liberation.

Which Enneagram type is Eloise Bridgerton?

Eloise Bridgerton is an Enneagram Five personality type with a Four wing. Enneagram Fives belong to the head centre, along with Sixes and Sevens, and they naturally make decisions based on analysis.

Eloise seeks to understand before she proceeds. Enneagram Fives value connecting with others on an intellectual level and they like to feel in control.

As an Enneagram Five, Eloise is innovative, reflective and curious. She has an original take on the world and it’s not uncommon to find her daydreaming.

Enneagram Fives often mull things over and they like to take the time to understand things on a deep level. Highly inquisitive, Eloise has a thirst for knowledge.

“I truly believe I am quite capable of something more.”

“You wish to follow your heart, and I wish to nurture my mind.”

“If you desire the sun and the moon, all you have to do is go out and shoot at the sky.”