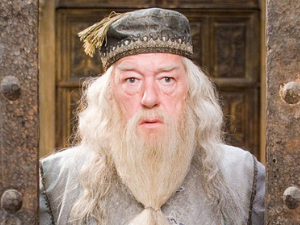 He was the Defence Against the Dark Arts Professor, then the Transfiguration Professor, and later the Headmaster of Hogwarts School of Witchcraft and Wizardry. He also served as Supreme Mugwump of the International Confederation of Wizards and Chief Warlock of the Wizengamot.

As a muggle-supporting wizard, he was considered to have been the greatest wizard of modern times, perhaps of all time.

Though he died before Lord Voldemort was killed, it was through Dumbledore’s manipulations that Voldemort was defeated, and lasting peace finally restored to the wizarding world.

Which personality type was Albus Dumbledore?

Albus Dumbledore was an INFJ personality type, which is the rarest type. He had a unique combination of personality traits that made him complex and difficult to understand, even for those who know him well. For the most part, he was soft-spoken and diplomatic, but when he felt strongly about a cause, he wasn’t afraid to stand up for his ideals, which is typical of people of the INFJ personality type. Dumbledore had an underlying passion that he kept to himself most of the time.

Dumbledore was dedicated to doing what he thought was right and he strove to make the world a better place. As an INFJ, he was creative, imaginative and empathetic.

Despite being an introvert, Dumbledore was people-oriented and some might mistake him for an extrovert. This is typical for people of the INFJ personality type. With his sensitive and kind temperament, people loved being around Dumbledore and he was a great listener which is appreciated by the students at Hogwarts.

As an INFJ personality type, Albus Dumbledore’s best matches are ENFP and ENTP.

Albus Dumbledore was a Virgo zodiac sign, which belongs to the Earth element of astrology, along with Taurus and Capricorn. The symbol of Virgo is the virgin, which represents purity.

As a Virgo zodiac sign, Dumbledore was humble and affectionate. In addition to his ability to see the best in people, he was kind and always willing to help others. Even though he achieved great success, you would rarely, if ever, find him showing off.

Which Enneagram type was Albus Dumbledore?

Albus Dumbledore was an Enneagram One personality type with a Nine wing. Enneagram Ones belong to the body centre, along with Eights and Nines, and they naturally make decisions based on gut instinct.

Dumbledore liked to feel in control, particularly of his physical environment. For Enneagram Ones, freedom and independence are important.

As an Enneagram One, Dumbledore was wise, realistic and practical. At the same time, he also had an idealistic side to him. People of the Enneagram One personality type often have a strong sense of mission regarding something higher than themselves and, for Dumbledore, this is to protect Harry Potter and keep Voldemort at bay.

“It is our choices that show what we truly are, far more than our abilities.”

“It is important to fight and fight again, and keep fighting, for only then can evil be kept at bay though never quite eradicated.”

“Happiness can be found, even in the darkest of times, if one only remembers to turn on the light.”