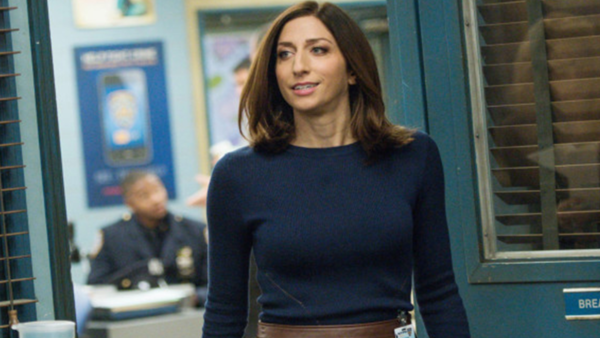 We explore Gina Linetti’s personality type, best personality matches, zodiac sign and Enneagram type. Gina Linetti is a fictional character from the series Brooklyn Nine-Nine. Gina Linetti was the 99th Precinct’s civilian administrator. She went on to leave the 99th Precinct to join Captain Raymond Holt, working at the NYPD’s public relations office, but she eventually returned to her old post. Gina is a member of a dance troupe called “Dance-y Reagan” and was formerly part of a troupe called “Floor-Gasm”. Gina has displayed a penchant for kleptomania and extreme narcissism but is generally regarded as harmless. She does very little other than play on her phone, taunt Charles Boyle, flirt with Terry, and constantly compliment, praise and exalt herself.

Which personality type is Gina Linetti?

Gina Linetti is an ENTP personality type. She is intelligent and quick-witted. ENTPs enjoy discussing abstract theories and they use their innovative way of thinking to approach problems from fresh perspectives. This means that Gina is sometimes able to understand things that the precinct detective miss. Being a civilian administrator is a suitable career for Gina because it uses many of her strengths and she is always comfortable around new people.

Gina has a thirst for knowledge and is a natural at thinking outside the box. However, ENTPs much prefer tapping into their creativity to come up with solutions rather than working out how they will be implemented in reality. With her quick wit and fearlessness, Gina can switch on the charm and work a room. ENTPs tend to place little value on tradition or rules unless they think they exist for a good reason.

Gina Linetti is probably a Sagittarius zodiac sign, which belongs to the Fire element of astrology, along with Aries and Leo. The symbol of Sagittarius is an archer pointing his bow to the sky, which represents freedom and liberation.

Which Enneagram type is Gina Linetti?

Gina Linetti is an Enneagram Seven personality type with an Eight wing. Enneagram Sevens belong to the head centre, along with Fives and Sixes, and they naturally make decisions based on analysis. Gina seeks to understand before she proceeds. Enneagram Sevens value connecting with others on an intellectual level and they like to feel in control.

As an Enneagram Seven, Gina is flexible, curious and optimistic. She has an enthusiastic and forward-looking approach to life. Enneagram Sevens are inquisitive and they seek new experiences to keep them entertained. As a fast learner, Gina is able to pick up new skills and absorb new information with ease.

“The English language can not fully capture the depth and complexity of my thoughts, so I’m incorporating emojis into my speech to better express myself. Winky face.”

“You should make me your campaign manager. I was born for politics. I have great hair and I love lying.”