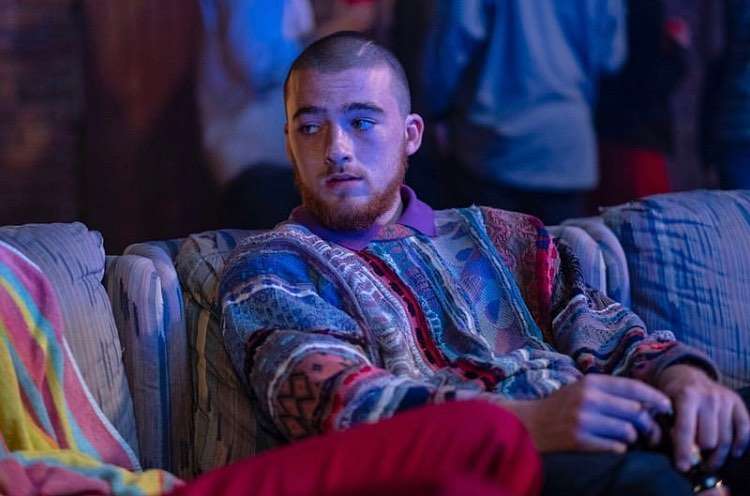 Fez is a college dropout drug dealer but, despite his tough exterior, he has a big heart and cares deeply about Rue Bennett’s sobriety.

When Fez was still a child he was taken in by his grandmother, a drug dealer, and away from his abusive father. She taught Fez everything she knew about dealing drugs and would even take him with her to make deals with her clients, as she was treating him more like her partner than a grandson.

Fez became responsible for drug dealing and caring for his grandmother, as well as taking care of Ashtray.

Fezco was very taken by Lexi Howard and thought she was really cool and interesting. Lexi had always felt overlooked and they started to chat more.

Which personality type is Fezco?

Fezco is an ISTP personality type, the same type as Rue. He is practical and has a drive to understand the way things work. Adaptable and relaxed, Fezco values his freedom and there’s nothing he dislikes more than being controlled or feeling restricted.

He takes a rational approach to life and typically ISTPs avoid the realm of emotions if possible because they find them confusing.

Fezco is naturally private and reserved. Despite this, he has an unpredictable side which can surprise people and ISTPs sometimes makes impulsive decisions, like when he attached Nate.

Fezco has a clear rebellious streak and he likes to live life on his own terms. He is in his element when working on practical projects because this is where his skills are best suited. ISTPs prefer to jump right in and figure things out as they go along.

What are Fezco’s best personality matches?

As an ISTP personality type, Fezco’s best matches are ESFJ and ESTJ.

Fezco is probably an Aquarius zodiac sign, which belongs to the Air element of astrology, along with Gemini and Libra. The symbol of Aquarius is the water bearer, which represents pure intentions.

As an Aquarius zodiac sign, Fezco is intellectual and cerebral. Aquarians often finds themselves lost in thought while analyzing something or brainstorming solutions to problems. With a thirst for knowledge, Fezco is highly intelligent and has a strong desire to learn about all kinds of topics.

Which Enneagram type is Fezco?

Fezco is an Enneagram Nine personality type with an Eight wing, just like Rue again. Enneagram Nines belong to the body centre, along with Eights and Ones, and they naturally make decisions based on gut instinct.

Fezco likes to feel in control, particularly of his physical environment. For Enneagram Nines, freedom and independence are important.

As an Enneagram Nine, Fezco is humble, receptive and trusting. He places a strong emphasis on maintaining harmony and avoiding conflict.

Enneagram Nines are known for being versatile and are often seen as easy-going. Supportive and accepting, Fezco has a zen-like presence that others find calming.

“That’s not a kid. That’s my business partner.”