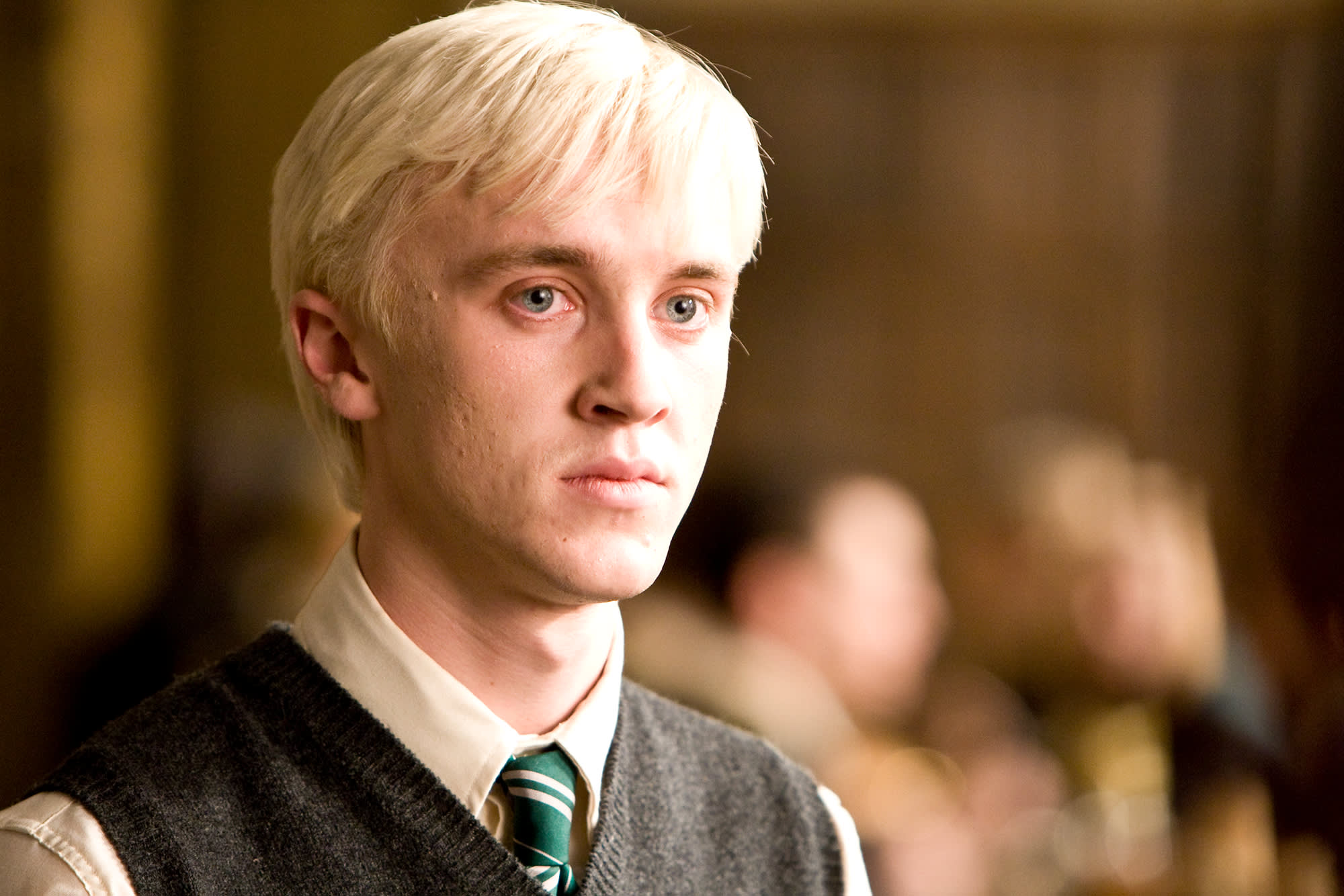 Draco is a pure-blood wizard and the only son of Lucius and Narcissa Malfoy. He is the nephew of Bellatrix Lestrange.

He attended Hogwarts School of Witchcraft and Wizardry and was sorted into Slytherin House. After his father was imprisoned in Azkaban, Lord Voldemort charged Draco with making up for Lucius’s failure and became a Death Eater at just sixteen.

Draco was unable to complete the task of murdering Albus Dumbledore and only performed his duties out of fear rather than loyalty. Severus Snape, who was acting undercover at the time, completed Draco’s task instead.

Draco and his family ran away hours before the end of the Second Wizarding War, fearing for their lives.

Which personality type is Draco Malfoy?

Draco Malfoy is an ESTJ personality type. He is strong-willed and organized, valuing structure in all areas of his life. Dedicated and assured, he is comfortable taking the lead.

Rules and guidelines are important to people of the ESTJ personality type. Draco works hard to achieve his goals and he likes to see quick results. Naturally routine-oriented, Draco can struggle when things don’t go to plan.

Draco approaches life from a logical perspective, focusing on the facts and details before making decisions. As an ESTJ, he values honesty and competence, and people of this personality type aren’t afraid to make their opinions known if they feel others aren’t meeting their standards.

When it comes to communicating, Draco is direct and can be demanding.

As an ESTJ personality type, Draco Malfoy’s best matches are ISFP and ISTP.

Draco Malfoy is a Gemini zodiac sign, which belongs to the Air element of astrology, along with Aquarius and Libra. The symbol of Gemini is the twins, which represents a dual-natured personality.

As a Gemini zodiac sign, Draco is highly intelligent. He is inquisitive and he loves to learn about all kinds of topics. With a certain charm, Draco can be persuasive when he wants to be. Draco has a knack for tackling problems and will persevere until the very end, which is typical of people of this zodiac sign.

Which Enneagram type is Draco Malfoy?

Draco Malfoy is an Enneagram Three with a Four wing. Enneagram Threes belong to the heart centre, along with Twos and Fours, and they naturally make decisions based on their emotions.

Draco Malfoy greatly values connections with others and mutual support. In addition, Draco likes to feel appreciated and recognition is key to his happiness.

As an Enneagram Three, Draco is focused on other people. However, Draco takes these traits to the extreme and is overly concerned about how he is perceived. Enneagram Threes can be untrustworthy, which can be seen with Draco. He constantly compares himself to others and is jealous of other people’s success.

“My father will hear about this!”

“Red hair, and a hand-me-down robe. You must be a Weasley!”

“You’ll soon find out that some wizarding families are better than others, Potter. You don’t wanna go making friends with the wrong sort. I can help you there.”